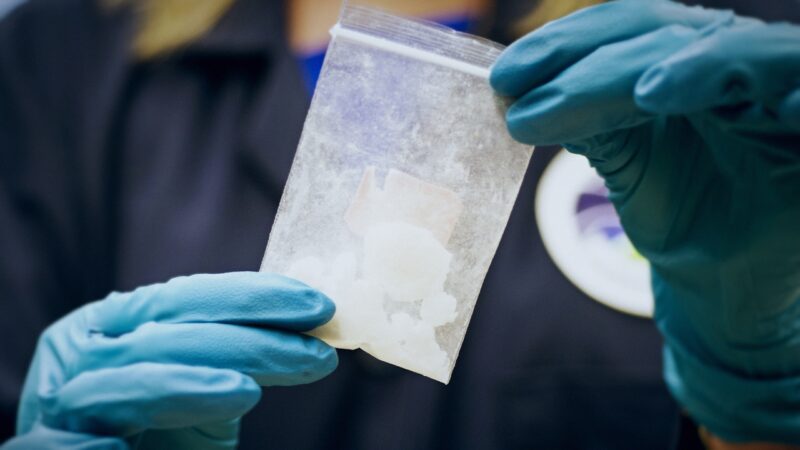 A 12-year-old New Jersey boy died on his school bus, of fentanyl poisoning after his uncle had forced him to clean a drug lab, according to prosecutors.

Troy Nokes, 35, was arrested Thursday and charged with 28 offenses related to the death of his nephew, according to a statement from Camden County prosecutor Grace C. MacAulay.

The local police department was called after Nokes’ nephew was found unresponsive on his school bus. The school nurse performed life-saving measures until the EMS team took the child to the hospital, according to the statement.

After the boy died in the hospital, it was determined that he had succumbed to injuries related to fentanyl intoxication. Nokes was accused of manufacturing fentanyl during the weekend prior to his nephew’s poisoning and forcing the child to clean the paraphernalia used in Nokes’ lab. Witnesses told Camden County that the boy had not been wearing gloves while inside the lab.

Less than 0.007% of an ounce of fentanyl causes certain death in humans and is now ranked as the deadliest opioid, causing “almost half of all overdose deaths nationwide,” according to the National Center for Drug Abuse Statistics. Experts have noted that the best term to use when describing a large portion of deaths by fentanyl is “poisoning” rather than “overdose,” as victims do not intend to ingest the substance, according to CDC.