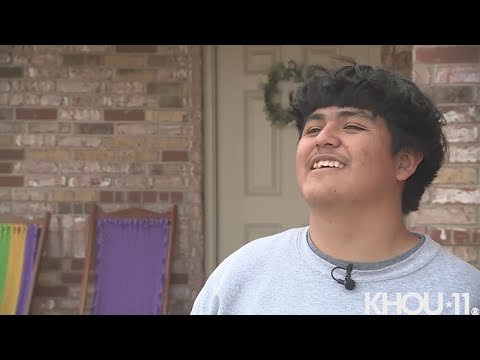 A 16-year-old Texas teen was driving in his pickup truck outside of Austin this week when he got caught in a tornado and the wind tipped the truck over slung it around then set it back up on its wheels.

Riley Leon was on his way home from a job interview at a Whataburger in Manor when the terrifying storm hit and left the entire driver’s side of his red Chevy pickup crumpled.

“So it was family. That truck helped me and my dad get to where we are at now. To see that it’s gone, it brings a lot of tears to me,” Leon said.

Leon got the job and as it turns out he will be getting a 2022 Chevrolet Silverado pickup from Bruce Lowrie Chevrolet, which worked with Chevrolet and the Chevy Cares charitable foundation to make it happen.

The dealership’s president, Randall Shapiro said when he saw the video of what happened to Leon he started making calls to track him down so he could offer him the truck, and even had to convince him it wasn’t a scam.

“We are thankful Riley is safe, commend his driving skills during a frightening situation, and our hearts are with other families in Texas that have been affected by these storms,” Chevrolet said in a news release.

The new pickup is a Cherry Red Silverado 1500 All-Star edition, which has a starting price of around $50,000. That’s also the amount Chevy Cares will be donating to the American Red Cross to help those affected by the destructive storms.

Then he can sell it and buy a real truck. A dodge!