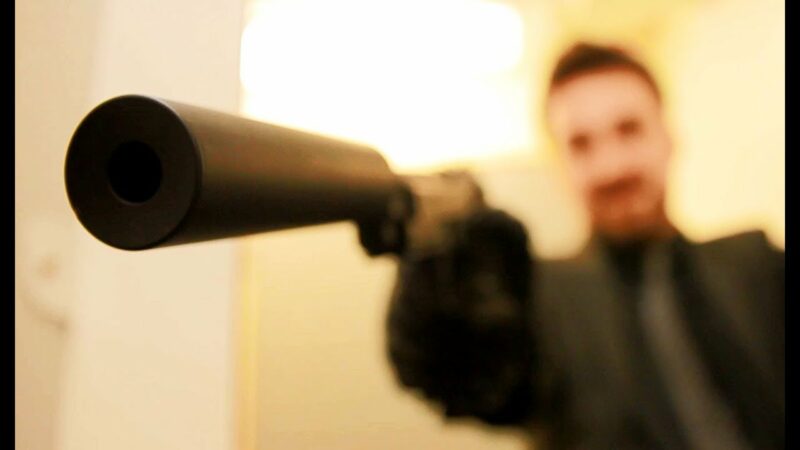 A Utah maintenance technician was arrested after his supervisor at the feed mill where he works “found what looks like a hit list on his desk” with over a dozen coworkers’ names listed as targets, according to a probable cause affidavit filed by police.

Kevin Michael Jerman, 56, a U.S. Army veteran who claims to have served in Iraq, is charged with making terroristic threats. Jerman “had the firearms, knowledge, and experience to carry out the plan he had written down on paper, especially with his military background.”

Jerman had called out sick on Thursday, and that’s when his manager discovered the note and called 911, according to the police affidavit.

According to his manager, Kevin has been acting strange lately, wanting to work alone and 2 days had prior he flew a drone around the work area.

Police obtained a warrant to search Jerman’s home and vehicles, and the SWAT team was called in to assist. Officers said they found multiple firearms including three 9mm handguns with extended magazines, numerous shotguns, and an assault rifle in the home. Jerman complied with arresting officers and was driven to the Juab County Sheriff’s Office for questioning.

According to the affidavit, Jerman told investigators that he wrote the note on Wednesday during his lunch break. He tried to explain that he “was thinking about… what would happen if they had a mass shooting,” and said he had recently read an article about mass shootings.“I told Kevin that when I read the note that is not what I think the note means,” Deputy Brady Talbot wrote in the filing.

“I explained to Kevin my concerns about his insider knowledge and the plan he had to climb on a tower and snipe at law enforcement,” the affidavit continues. “Kevin spoke about situational awareness and spoke about what a supermarket would do if a threat of violence happens. Deputy Rowley asked Kevin if he would agree that what he did was the exact opposite of what Kevin was speaking of. Kevin said in the way he worded it ya he would agree.”

However, Jerman insisted the note “was just words written on a piece of paper,” and that he hadn’t actually prepared for a mass shooting. At the same time, police stated in the affidavit that Jerman “has the knowledge and means to carry out the attack as he had written it.”

Jerman suffers from headaches and migraines “constantly,” and has continuously battled depression and PTSD, he said. He told officers he had a traumatic brain injury, along with high blood pressure, high cholesterol, type 2 diabetes, joint pain, and Parkinson’s disease.

“Kevin has a ton of medications that he takes on a daily basis that includes pain killers,” the affidavit states. “Kevin also gets weekly injections of morphine.”

Jerman enlisted in the Army at 18, and worked as a diesel mechanic, according to his LinkedIn profile.

“While enlisted I had the opportunity to participate in Desert Storm and also Operation Iraqi Freedom,” it says. “Then I decided I would return to civilian life and that’s when I found a job in Nephi Utah, that of a Diesel Mechanic.”

“My next dream is to invent something that is useful,” Jerman said in another post.

Police noted that even though they confiscated Jerman’s guns, “it is unknown if he would be able to locate firearms from someone else.”

Jerman is being held without bail as “a substantial danger” to the community.