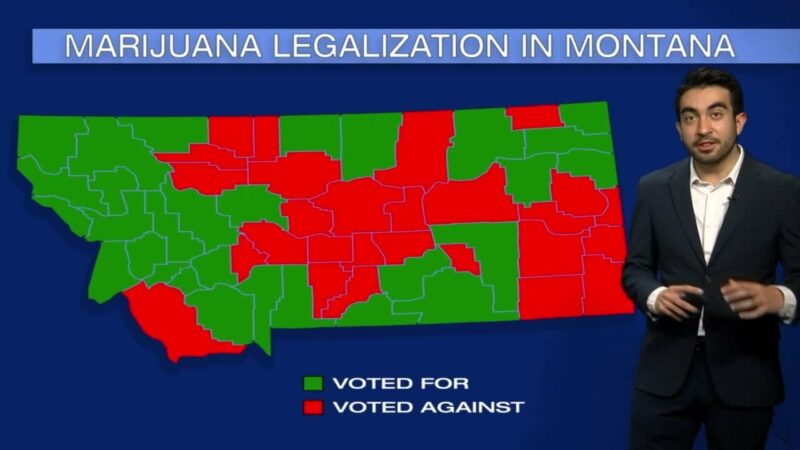 Montana residents adopted the law on Election Day in 2020 with 57% of the vote and the state legislature-passed law, which came a year later and included provisions that limits where cannabis can be purchased. Under the law, those in “green counties,” where a majority of residents voted in favor in 2020, are allowed to sell the drug for recreational use, while those in “red counties,” where a majority of residents voted against legalization, are not, according to the Montana Department of Revenue.

Red county vendors are prohibited from selling recreational marijuana, unless they put the matter up to a county-wide vote and a majority of residents are in support of the provision, according to the department. Licenses are required for both the sale and use of the substance.

Legal weed becomes available in Montana in just over an hour.

Anyone in Montana 21 years old or older can own up to one ounce of marijuana, furthermore, residents can grow up to two mature plants at a time.

Montana is the latest state in the past year to legalize and begin selling the drug for recreational use and is now one of 18 states where it is legal. Legislation legalizing marijuana was adopted in Connecticut, Nevada, New Jersey, New Mexico, New York, and Virginia in 2021, however, not all those states have begun sales, and it is still illegal on the federal level.

What does being a drug addict have to do with going green. Going stupid might be closer to the truth!