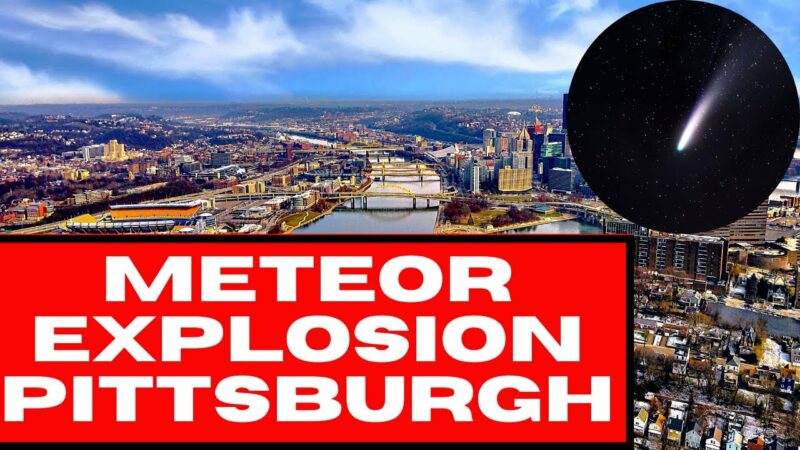 A loud explosion was heard in southwest Pennsylvania on New Year’s day at around 11:20 a.m. EST.

The National Weather Service in Pittsburgh said last Saturday afternoon said that the “most likely explanation at this time” was that the loud boom was actually a “meteor explosion.”

Social media was blowing up 30all over Pittsburg with people saying the boom was incredibly loud and shook their house. Others posted footage that captured the sounds of the explosion.

“This flash does not appear to be connected to any lightning activity in the area. One possible explanation is that a meteor exploded at some level above the ground,” the National Weather Service Pittsburgh said in a Saturday post on Facebook.

The loud explosion heard over SW PA earlier may have been a meteor explosion. This GOES-16 GLM Total Optical Energy product shows a flash that was not associated with lightning. No confirmation, but this is the most likely explanation at this time. pic.twitter.com/ArtHCEA1RT

On Monday, meteorologist Myranda Fullerton of National Weather Service Pittsburgh confirmed that the flash was in fact a meteor, according to NASA.

The NASA Meteor Watch said that a “nearby infrasound station registered the blast wave from the meteor as it broke apart.”

The energy of the explosion was equivalent to “30 tons of TNT” and the meteor was likely to have been about a yard in diameter with a mass of close to half a ton, according to estimates by NASA.

If it had not been so cloudy, the meteor would have been blindingly bright, with crude estimates from NASA indicating that the meteor was 100 times the brightness of the full moon.

To bad it explored over, as it should have hit the city!

What a shame it didn’t hit the city and annihilate it.