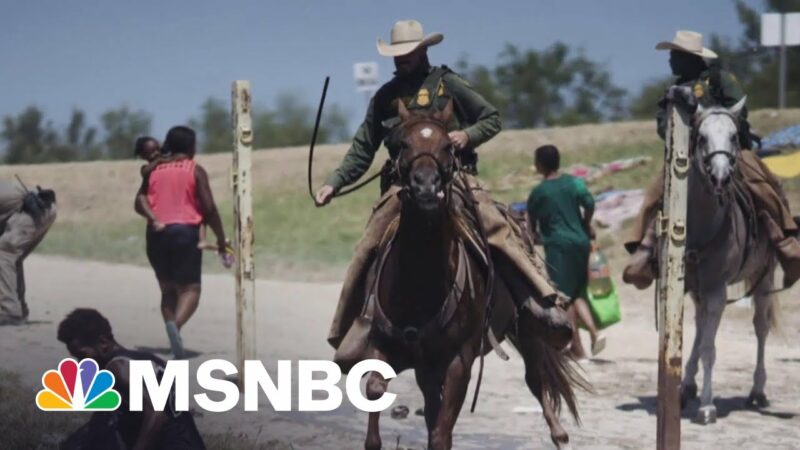 On Monday, false information about U.S. Border Patrol officials and the pandemonium at the southern border went viral on social media sites. Despite the fact that photographs of Border Patrol personnel purportedly “whipping” Haitians who attempted to enter the border illegally went viral, Border Patrol agents have categorically denied the claims.

“Border patrol is mounted on horseback rounding up Haitian refugees with whips,” posted Sawyer Hackett, senior advisor to Democrat Julián Castro and People First Future PAC. “This is unfathomable cruelty towards people fleeing disaster and political ruin. The administration must stop this.”

Agent adds: "BP does an excellent job when it comes to use of force training. There is no way a horse patrol unit would be whipping aliens. Whips are not issued or authorized for use."

The message made its way all the way to White House Press Secretary Jen Psaki, according to Red State, who responded as follows:

There wasn’t one picture of anyone being hit with whips or with reins. Yet when White House Press Secretary Jen Psaki was asked about the story, the reporter referred to the pictures/video we have “seen” and so did Psaki. Yet the video didn’t show any such thing. It means the media and Psaki just imagined they saw it and/or didn’t even bother with the truth — they just are easily manipulated by the narrative.

“We do not carry whips and the only thing I see in their hands is reins,” the agent told Hasson.

“BP does an excellent job when it comes to use of force training,” the agent added. “There is no way a horse patrol unit would be whipping aliens. Whips are not issued or authorized for use.”