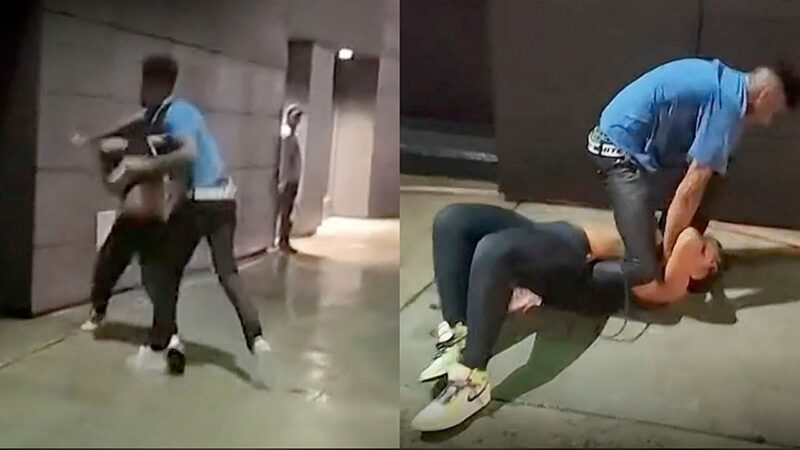 Rap artist Chrisean Rock was captured on video swinging on her on-again-off-again rapper boyfriend Blueface in the middle of a Hollywood street Tuesday morning.

The video shows Chrisean walking behind Blueface before getting physical with him several times. A bystander captured video footage of the moment Chrisean took a swing at Blueface and hit him in the face while gripping his shirt tightly.

Chrisean appears to be the aggressor, going after Blueface and dragging him around for several minutes.

The scuffle between the two rappers continued for several minutes and a crowd gathered to watch. At one point, Blueface, who appeared to be trying to distance himself, finally took a swipe at Chrisean’s head, knocked her to the ground, and ripped a chain from around her neck.

Chrisean then dragged him by his shirt around the corner of a building, where Blueface threw her against the wall and punched her face and body.

Blueface made an Instagram post later in the day, indicating that the pair went home together. In the video, Blueface called Chrisean a w***e. He also told fans that he had gone through Chrisean’s phone and found that she was having conversations with other men, indicating that might have led to the altercation.

The Los Angeles Police Department is currently investigating the incident.