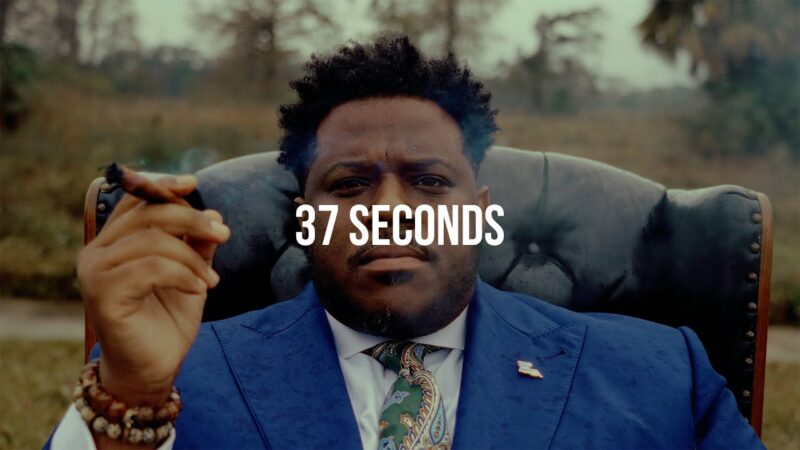 Democratic U.S. Senate candidate Gary Chambers fired up a blunt in his first campaign ad in an effort to “destigmatize” marijuana as he seeks to unseat Republican Louisiana Sen. John Kennedy.

“Every 37 seconds, someone is arrested for possession of marijuana,” Chambers says in the ad while he sits in a Louisiana field dressed in a suit and tie while lighting up a blunt. “Since 2010, state and local police have arrested an estimated 7.3 million Americans for violating marijuana laws, over half of all drug arrests.”

“Black people are four times more likely to be arrested for marijuana laws than white people. States waste $3.7 billion enforcing marijuana laws every year. Most of the people police are arresting aren’t dealers but rather people with small amounts of pot, just like me,” Chambers stated.

Chambers said in a statement that “candidates have used the legalization of marijuana as an empty talking point in order to appeal to progressive voters.”

“I hope this ad works to not only destigmatize the use of marijuana but also forces a new conversation that creates the pathway to legalize this beneficial drug and forgive those who were arrested due to outdated ideology.”

At the beginning of the new year, smokeable medical marijuana became legal in Louisiana with some restrictions. A 2021 law decriminalized possession of up to 14 grams of marijuana while the New Orleans City Council pardoned 10,000 marijuana possession cases for anyone convicted after 2010.

Attitudes concerning marijuana have changed in recent years, with South Carolina Republican Rep. Nancy Mace introducing a bill in November that would decriminalize marijuana nationwide, and allow states to regulate the drug themselves. It would also establish a 3% federal marijuana tax to help “fund law enforcement, small businesses, as well as veterans mental health initiatives.”

“Far out, dude! You got my vote! Now don’t bogart that joint.”

Doesn’t take much to buy the stupid! Like you!

When I was a kid, we called them pot heads. Everyone knew they only functioned on the few brain cells they didn’t burn off.