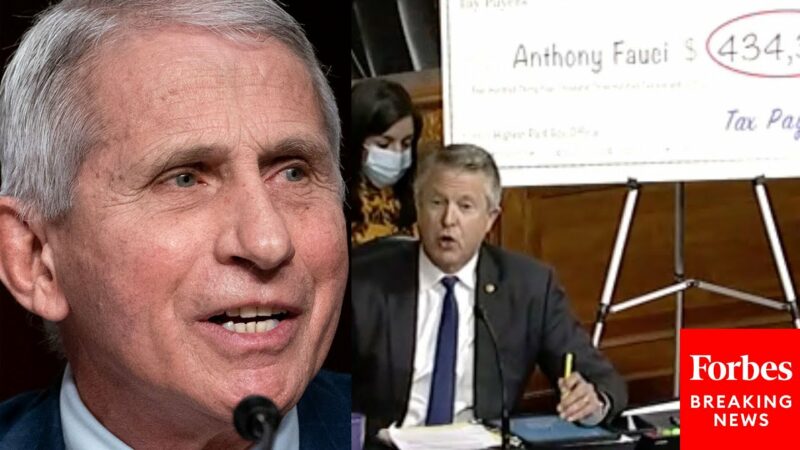 A government watchdog group has been demanding information about Dr. Anthony Fauci’s financial and professional history, but the public may only get Fauci’s disclosures bit by bit spread out over more than a year, the group’s head says.

Adam Andrzejewski, the CEO of OpenTheBooks.com, commented on his ongoing legal battles attempting to open Fauci’s financial and professional records to the public.

“During the pandemic, Dr. Fauci has handsomely profited from his federal employment, royalties, travel perks, and investment gains,” Andrzejewski asserted.

OpenTheBooks.com filed its first Freedom of Information Act (FOIA) request on Jan. 28, 2021. The National Institute for Health acknowledged receiving the request, however, it wasn’t until May they received a meager 51 pages of information with redactions.

“Not included was Dr. Fauci’s current employment agreement including all addendums and modifications; current job description; and confidentiality and conflict of interest documents,” OpenTheBooks.com said.

Although Fauci’s disclosures are supposed to be open to any member of the public who requests them, they aren’t listed in the same searchable database as other federal officials and it can take months for a request to be processed.

Openthebooks.com kept pressing for more documents from the National Institute of Health and its related agencies. Correspondence from the government became increasingly dismissive, leading Andrzejewski to threaten a lawsuit.

Andrzejewski said that the group officially filed suit on Oct. 25, 2021, and “that suit moved fast in federal court.”

“And the agency admitted they were holding 1,200 pages subject to our request,” he recalled. “So think about this, we got 51 pages – there were redactions – and there’s 1,200 pages.”

“So they admitted to holding 1,200 pages that were subject to the request and 3,000 pages of line-by-line royalty payments,” Andrzejewski said. “Every line is a potential conflict of interest and there’s up to 1,000 NIH scientists receiving royalty payments. It’s legal, but it should be disclosed.”

The NIH has agreed to make the requested documents public – but not immediately.

The agency stated that it has 768 pending FOIA requests and 633 of them are backlogged. The NIH also has 33 lawsuits related to the backup of requests.

Because of the backup, the NIH says that it will only be able to release the complete report that contains thousands of pages by 300 pages at a time, once per month.

With the number of documents owed to OpenTheBooks.com, this staggered release will take up to 14 months.

Republican Sen. Roger Marshall of Kansas has initiated his own campaign to open the NIH’s records.

Marshall explained that he and his office had been trying “for weeks” to obtain Fauci’s financial information and other information but had been unsuccessful. At the hearing, Fauci claimed that he had submitted a disclosure and it was publicly available.

“I don’t know why you’re asking me that question,” Fauci said. “My financial disclosure is public knowledge and has been for the last 37 years or so, 35 years that I’ve been director.”

Marshall asked where he could find it and Fauci answered, “All you have to do is ask for it. You’re so misinformed it’s extraordinary.”

Marshall commented on what happened when he tried to get the information he requested.

“And it takes the NIH, it takes this White House months to respond to any type of request for information, and then it’s redacted. It’s quite a game they’re playing. So I was shocked, I was shocked by his response, that he would lie to Congress again after he had already lied about the viral gain-of-function question that I asked him earlier,” Marshall said, referring to the argument he and Fauci had during the hearing.

“I’ve never spoken to Marshall before or after,” Andrzejewski said, adding that he admired the senator’s work.

OpenTheBooks.com gained momentum in January 2021 when they released a report showing that Fauci was the highest-paid federal employee in the nation.

Fauci’s salary has been listed at $417,608 which is higher than the salary for the president. Fauci has also netted the most valuable federal retirement package in U.S. history and when he retires he will receive $350,000 per year.

Fhoni, Nutzi Baloney, and all the rest of the lying, thieving scumbags profiting from the country’s misfortunes should be sent to prison.