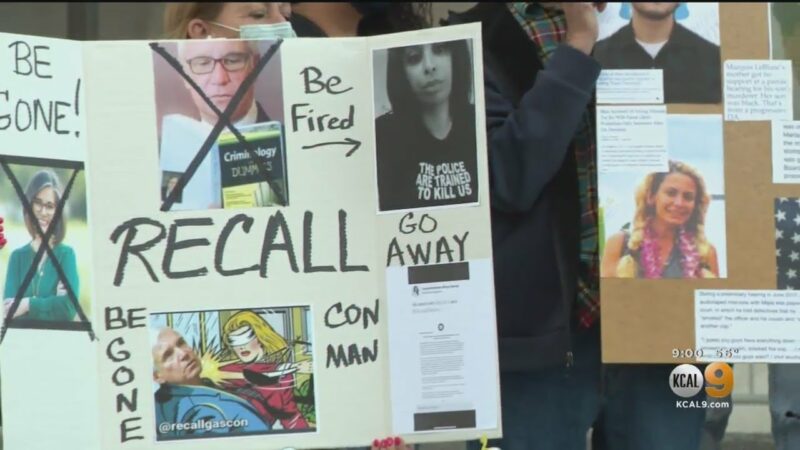 Los Angeles District Attorney George Gascon is being criticized after a 26-year-old transgender woman pleaded guilty to sexually assaulting a young girl, and is only facing sentencing of a short stay in a juvenile detention center or probation.

“It’s useless to catch criminals like Hannah Tubbs if we don’t follow through and seek justice for victims such as the 10-year-old girl she sexually assaulted. She bears the burden of a lifetime of trauma,” L.A. County Supervisor Kathryn Barger said. “She will be offered therapeutic interventions under the auspices of ‘restorative justice’ … and possibly granted only probation or parole. Where is the justice for her young victim and her family?”`

Hannah Tubbs, 26, pleaded guilty to sexually assaulting a 10-year-old girl in a women’s bathroom in 2014 when she was two weeks away from her 18th birthday. She walked into the bathroom of a Denny’s where she grabbed the 10-year-old by the throat, locked her in a stall, and put her hand down the girl’s pants.

Tubbs let the girl go when someone else walked into the restroom.

Tubbs was not linked to the case until 2019. Her DNA was entered into a database when she was arrested on suspicion of battery in Idaho. Prosecutors filed charges against her for the 2014 assault case in 2020, shortly after Gascon took office.

Gascon is currently facing a second recall effort in response to his rollback of tough-on-crime measures, including reforms that often soften sentences for murder suspects and end the death penalty.

Upon taking office, Gascon vowed to “immediately stop prosecuting children as adults,” which he has maintained committed to and sparked critics to chastise the DA in this case. Gascon has cited studies showing brain development isn’t complete until a person is 25, and argues that juvenile detention can rehabilitate young offenders.

“This clearly shows you the dangerous aspect of the blanket policies of George Gascón,” Jon Hatami, a prosecutor and supporter of the Gascon recall movement, said. “Here you have a person who has committed at least two separate sexual assaults of young girls who is now 26 years old and has a history of violent conduct in the past. This is not somebody who should appear in the juvenile system.”

Tubbs will be sentenced later this month, and faces a stay at a juvenile hall or will be granted probation in court. The Sheriff’s Department has also offered to house Tubbs in an adult facility.

Gascon said he was concerned Tubbs might be victimized in an adult facility as a trans woman and recommended she be sentenced to home confinement. Prosecutors asked for Tubbs to be kept in custody for two years instead. He also brought up the gap in time between the assault and the case being prosecuted, Tubbs’ criminal record, and the victim’s trauma complicating the case.

Tubbs has previously been arrested for battery, drug possession, and probation violations in Idaho and Washington. She has a pending misdemeanor case in Washington and was also accused of sexually assaulting a minor in Kern County, California, although the case was not prosecuted. Tubbs may qualify as “developmentally disabled” and has been diagnosed with mental illnesses.

“Beverly Hills Vice Mayor Lili Bosse stressed that without consequences for crime, we have Gotham City. Her sentiments were shared by others on the council as well,” said Karen Roseberry, spokeswoman for Recall Gascon Now.

Gascon has blamed the renewed effort on Trump supporters, calling it a “political power grab by well-funded political operatives who have fought reforms on juvenile detention, mental health treatment, police accountability in fatal police shootings, and the death penalty for decades.”

LMAO…demonRATS deserve all the crap they vote for. I have zero sympathy for anything done, to anyone in blue states!!!

Gascon is currently facing a second recall effort in response to his rollback of tough-on-crime measures, including reforms that often soften sentences for murder suspects and end the death penalty.
Just what this country DOESN’T need. Boot the liberal Democrat out!