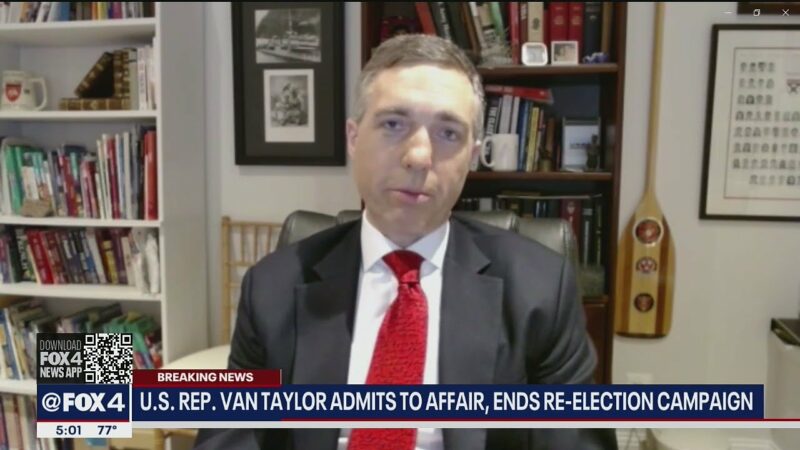 The GOP congressman dropped his reelection bid and confessed to having had an eight-month affair with reformed jihadist Tania Joya.

Taylor’s wife Anne Coolidge-Taylor, 53, is standing by the congressman. The couple has been married for 18 years.

But spurned lover Joya is not letting him off the hook quietly and has gone public with details of their affair, saying, for me it was making love, but for him, it was just sex. Whenever he was in town, four, five times a night, he was all over me, he could not keep his d**k in his pants,” she said.

“There were no flowers, no gifts. He didn’t take me on a single date in eight months. He was like, no, I’m too famous, everywhere I go I get harassed.

“I can’t even eat out at a restaurant because everybody wants to talk to me which is a laugh because nobody under 55 knows who he is.

“A couple of times, like Christmas, my birthday, Valentine’s Day, he gave me cash, $500 a time. That was it.

“I said, wow, it feels like you’re paying me for sex. It made me cringe but he claimed he was too busy to buy gifts and didn’t want the paper trail on his credit card.

“One person said to me, you’re his booty call. I didn’t really know what that was because I’d been MIA for ten years in the Middle East.”

British-born Joya was radicalized in her teens then married Texan Muslim convert John Georgelas and followed him to Syria in 2013 where she had ambitions of being a suicide bomber.

Life was so grim there that within weeks the mother-of-four and so-called ‘First Lady of ISIS fled to Turkey and ultimately ended up in the US where she abandoned radical Islam.

She met Taylor through work and they became lovers.

Joya claims that Taylor was ‘turned on by her dark past as a jihadi sympathizer.‘

“The sex was ok but he was a selfish lover, more interested in being pleased than doing the pleasing. I consented to some things that I wish I hadn’t.”

In the end, Taylor broke things off with Joya, refusing to leave his real estate mogul wife and their three daughters.

If he likes dark, was he sucking Obama’s dick too?