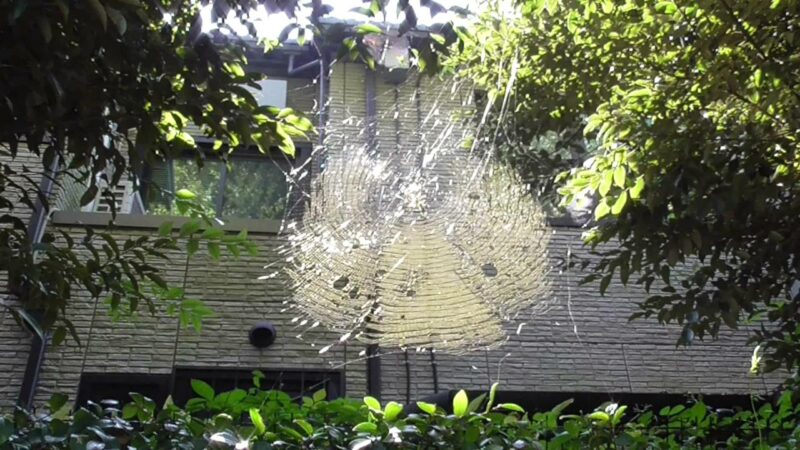 An enormous species of spider has been colonizing large swaths of the southeastern United States over the past few years, and wildlife experts say there’s not much that can be done to stop the Joro spider from spreading.

Those same experts say that even though the spiders are huge and scary looking, they aren’t likely to be very disruptive to local ecosystems or harmful to humans in Georgia, Alabama, and other Southern states.

While the Joro spider is venomous, its venom is not believed to be a threat to humans, as the spiders have very small fangs, and most defensive bites are not likely to break a person’s skin.

“People should try to learn to live with them,” Andy Davis, a research scientist at the University of Georgia’s Odum School of Ecology, said in a news release.

“It looks like the Joro spiders could probably survive throughout most of the Eastern Seaboard here, which is pretty sobering,” Davis said.

The easy-to-spot, bright yellow and black Joro spider has become very common in the Atlanta and Athens, Ga. areas, and has been reported throughout most of northern Georgia, as well as parts of Tennessee, and the western Carolinas.

Researchers traced the spider’s entry into the U.S. to about 80 miles north of Atlanta, where it likely came in a shipping container from Asia. The Joro is widespread in Japan, China, and Korea.

The spiders can be a real nuisance, especially if they colonize your home, but they may also have benefits.

“Joro spiders present us with excellent opportunities to suppress pests naturally, without chemicals,” University of Georgia entomologist Nancy Hinkle said. “I’m trying to convince people that having zillions of large spiders and their webs around is a good thing.”