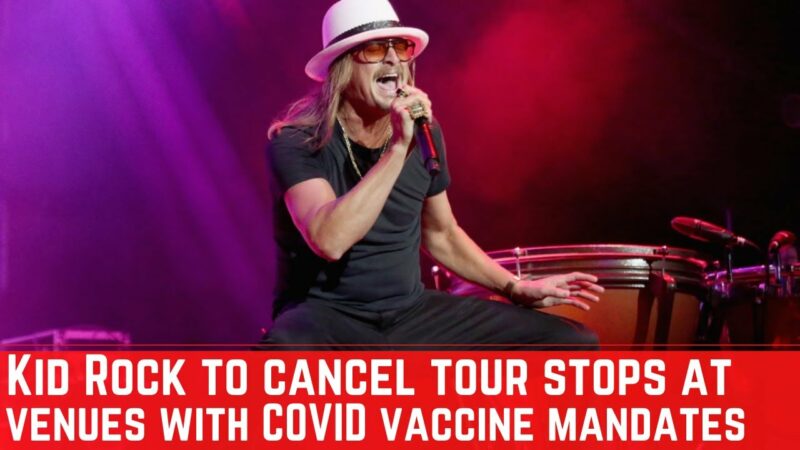 Singer-songwriter Kid Rock posted a video Thursday to his official Facebook page letting his fans know that he would not be “showing up” to venues that require COVID-19 vaccinations while on his new “Bad Reputation” tour.

“There’s been a lot of talk about vaccine mandates and venues. People saying, ‘I’m not going to that venue because of the vaccine mandate’ and this, that and the other,” Kid Rock said. “Trust me, we’ve done all our research on this and the consensus says that all this is going to be done, if there are any at these venues, I’m not aware of any, but if there are any, they’re going to be gone by the time we get to your city. If they’re not, trust me, you don’t have to worry. You’ll be getting your money back because I won’t be showing up either.”

“If you think I’m going to sit out there and say ‘Don’t tell me how to live,’ that ‘We the People’ are holding up their f***ing vaccine cards and wearing masks, that s**t ain’t happening.” the singer added, referencing his track “We the People.” The singer also mentioned that his tour took Buffalo, NY, and Toronto, Canada off their agenda due to vaccination mandates.

The “Bad Reputation” tour is scheduled to appear in cities across the country, from Woodlands, TX to Clarkston, MI, according to Kid Rock’s website. The tour starts on Apr. 6 and ends on Sept. 17.