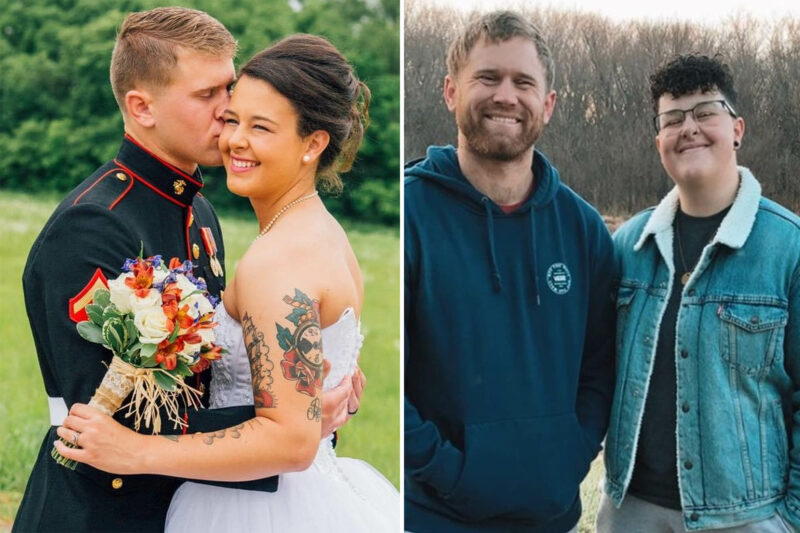 A North Carolina woman admitted to her husband that she was gay after six years of marriage but suggested they stay married and help each other “pick up women.”

Nicolette Popa, 26, told her husband Ryan Popa, 27, that she had known that she was a lesbian but managed to keep it a secret until 2020. After hearing his wife’s confession, the couple decided they would stay married and raise their children together.

“We’re still married and we still live together in our house with our kids,” Nicolette said. “For right now, what we do works. We’re trying to figure out our careers and trying to make sure that our kids have the best outcome.”

“It’s about making sure the kids are happy, making sure they know they’re loved and for them to have both parents around as much as possible,” Nicolette said. “Me and Ryan have maintained this friendship; he’ll always be my best friend.”

Nicolette uses TikTok to document the couple’s unusual relationship, saying in one post that she and her husband “pick up women together.” Another TikTok post shows her saying that she and Ryan have “the same taste in women.”

Ryan said he was happy with the arrangement and that he wasn’t surprised that his wife was a lesbian.

“It wasn’t a shock when Nicolette came out. I started to have suspicions but I wasn’t going to ask — I was going to wait for her to tell me herself,” Ryan said.

All he had to do was look at her. That poor, poor man!