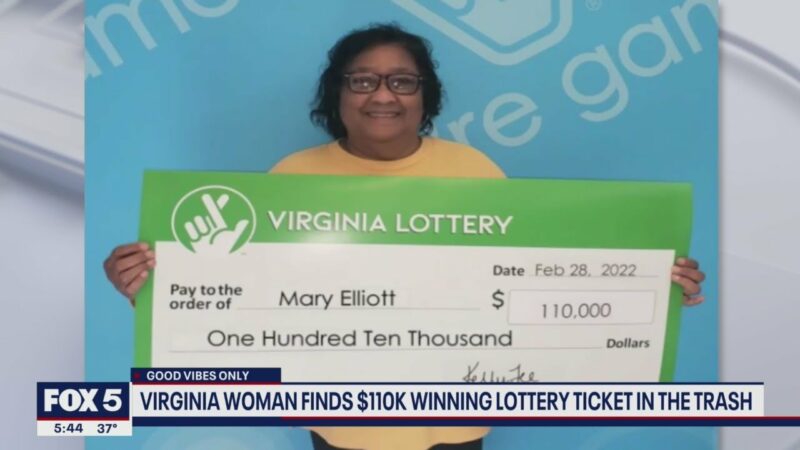 Virginia Women Digs $110K Out Of The Trash

A Virginia woman won $110,000 in the state lottery in February and then realized she had thrown the ticket in the trash.

Mary Elliot, who lives in Buckingham County, Virginia, “panicked” after she realized she’d won the lottery, but had already thrown the ticket away. Elliot immediately began sifting through her trash until she found the Cash 5 EZ Match ticket, which had been drenched in coffee and the barcode wouldn’t scan.

Elliot had purchased the ticket at her local Food Lion supermarket in Dillwyn, according to a press release from the Virginia Lottery. Her winning numbers were 6-13-18-21-25, which she chose based on important birthdays in her life.

“When I saw I’d won, I couldn’t stop shaking to save my life,” Elliot told Virginia Lottery officials. The lucky winner was able to confirm her win after she took the ticket to lottery officials at Virginia’s Lottery Prize Zone in Henrico.

Elliot’s odds of winning with all five numbers on the Cash 5 EZ Match game were one in 749,393 according to the Virginia lottery.