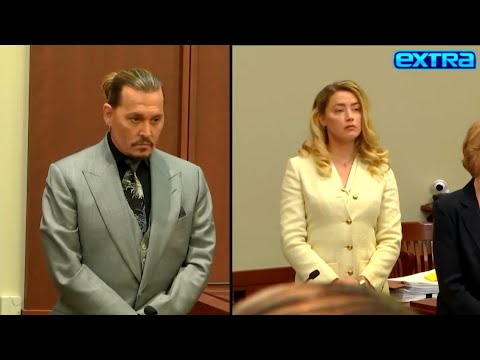 Actor Johnny Depp is suing his ex-wife, Amber Heard, for defamation over an op-ed she wrote for the Washington Post alleging she was the victim of domestic abuse.

In court on Wednesday, Depp recounted the infamous defecation incident that shocked the world nearly five years ago.

Depp said that he fled their Los Angeles home after another altercation with his then-wife on her 30th birthday.

The actor had planned to return to pick up a few items while Heard was at Coachella in 2016 — but his security warned him against it and showed him a photograph of their marital bed.

“On my side of the bed was human fecal matter,” he recalled. “I laughed. It was so outside, it was so bizarre and so grotesque that I could only laugh.”

Depp has previously accused Heard or one of her friends of defecating in the bed. However, Heard has denied it, blaming the feces on her teacup Yorkies.

“I lived with those dogs for many years,” Depp said. “That did not come from a dog. It just didn’t.”

Since taking the stand, Depp has made several accusations toward his ex-wife, including that in 2015, she hurled a vodka bottle at him, which ultimately severed the tip of his finger.

The couple was in Australia in 2015, where Depp was filming “Pirates of the Caribbean,” and had a fight over a postnuptial agreement he had asked Heard to sign, he told jurors.

The request sent Heard into a rage, and she berated him with insults, he said. After she finally let up, he snuck downstairs and broke his sobriety by having a few shots of vodka. The actress caught him and went berserk, throwing the large bottle at him. It shattered on his hand, which was resting on the side of the bar, he alleged.

“What I felt was heat. I felt heat and I felt as if something was dripping down my hand,” Depp recalled. “I looked down and realized the tip of my finger had been severed. I was looking directly at my bones sticking out.”

Heard’s lower lip trembled and she looked as though she was on the verge of tears during her ex-husband’s testimony.

The “London Fields” actress has denied slicing off the tip of Depp’s finger and previously claimed that he had brutally beaten her on the trip.

Both Depp’s private nurse and his doctor gave testimony in court about this incident. Depp also claimed after his fingertip was severed, Heard put a cigarette out on his face.

“Ms. Heard had taken my cigarette from the ashtray and stomped it out in my face,” Depp recalled, as his lawyers showed the panel gory photos of his injuries.

Depp said he used what remained of his middle right finger to scrawl messages on the wall.

“In the midst of being in a nervous breakdown, I started to write in my own blood on the walls,” he testified. “Little reminders from our past that essentially represented lies that Heard told me, lies that I had caught her in.”

Heard has denied injuring Depp’s finger and previously accused him of viciously attacking her on the trip.