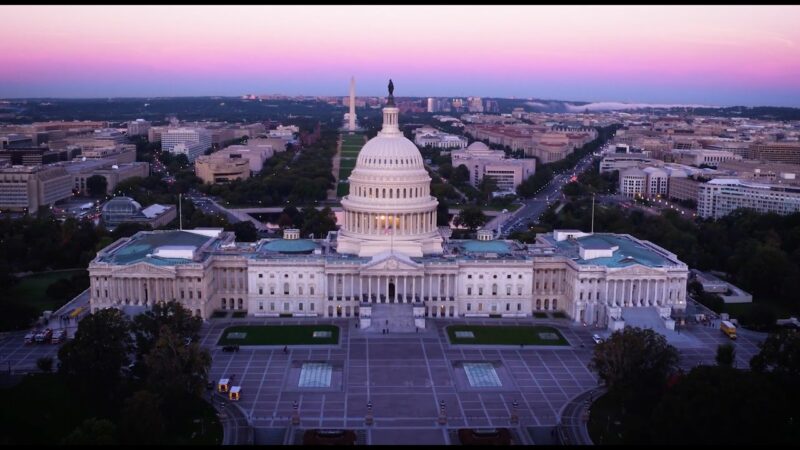 The United States Capitol Police said there is “no threat at the Capitol” following an evacuation order stating that it was tracking “an aircraft that poses a probable threat to the Capitol Complex.”

“The Capitol was evacuated out of an abundance of caution this evening. There is no threat at the Capitol. More details to come,” the Capitol Police said in a tweet.

“The USCP is tracking an aircraft that poses a probable threat to the Capitol Complex,” the email read.

The alert gave instructions on where individuals should move.

Sources said that a single-engine private Cessna plane entered restricted airspace over the U.S. Capitol, dropping off military parachutists at Nationals Park for the Nationals vs. Diamondbacks baseball game, where it was military appreciation night.

Capitol security officials said they did not get a customary notification of the flight. This triggered the alert and prompted the evacuation of the U.S. Capitol.

The North American Aerospace Defense Command and air defense officials were not alarmed by the flight, sources said, adding the U.S. Capitol Police pulled the trigger in evacuating the Capitol.

“This is not supposed to happen,” one senior Capitol security officer said. “This looks bad.”

House Speaker Nancy Pelosi on Wednesday, thanked Capitol Police for their service while the FAA.

“The Federal Aviation Administration’s apparent failure to notify Capitol Police of the pre-planned flyover Nationals Stadium is outrageous and inexcusable.  The unnecessary panic caused by this apparent negligence was particularly harmful for Members, staff and institutional workers still grappling with the trauma of the attack on their workplace on January 6th,” Pelosi said.

“Congress looks forward to reviewing the results of a thorough after-action review that determines what precisely went wrong today and who at the Federal Aviation Administration will be held accountable for this outrageous and frightening mistake,” she added.