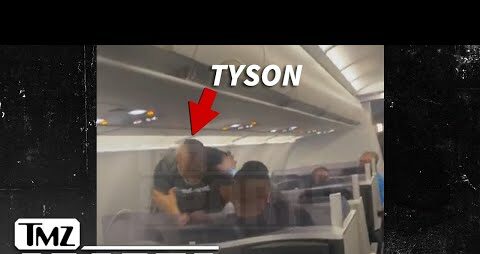 Legendary boxer Mike Tyson got into an altercation with a fellow airline passenger on Wednesday night that left the passenger bloodied.

A video showed Tyson punching the man seated a row behind him when passengers continued to pester the former boxer after he had asked them to stop.

A witness on the plane said that the former heavyweight champ was initially friendly with fans who were asking for photographs but one man would not stop talking in Tyson’s ear which seemed to infuriate him.

Another witness said that the man who approached Tyson was extremely intoxicated.

“The passenger was drunk and harassing Tyson,” one person said. “Now, he’ll get a payday for his back behavior.”

“Unfortunately, Mr. Tyson had an incident on a flight with an aggressive passenger who began harassing him and threw a water bottle at him while he was in his seat,” a representative for Tyson told said in a statement.

The man who was punched received medical attention and contacted the police following the incident.