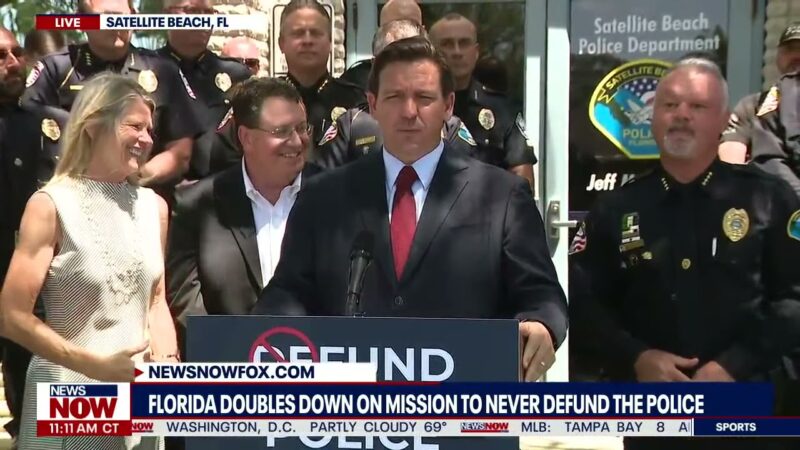 Police Swarm To Florida In Response To Gov. DeSantis’s Invitation

Republican Florida Gov. Ron DeSantis said Friday that police officers from other states who are in jeopardy of losing their jobs due to vaccine mandates are “already coming down” to Florida to accept his proposed bonus for law enforcement officers.

“We are a law and order state,” DeSantis said in an interview. “I think we will have the strongest – we have one of the strongest already – but we will be the number one state to be a law enforcement officer anywhere in the country.”

“They are already coming down,” DeSantis continued.

DeSantis announced Sunday that he is trying to pass legislation that will give a $5,000 bonus to law enforcement personnel choosing to relocate to Florida

He said that as soon as the Florida legislature approves the bill for $5,000 bonuses into law, police officers will “beat down the door to come to Florida.”

So cool that the good governors are doing this. The police in my blue city are just about gone now but it is nice to know they still have a future in those states.