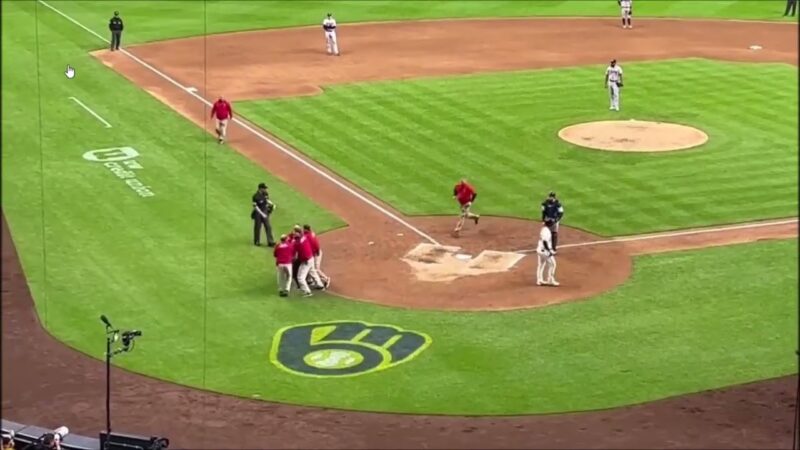 Half Naked Fan Takes The Field During Braves vs Brewers Game

A close MLB game on Wednesday took an interesting turn in the later innings … when a topless fan ran onto the field, dodging security guards.

The overzealous fan took the field during the Braves vs. Brewers game in Milwaukee.

Video taken by a fan captured the man ripping off his shirt and making it down to the field, where he danced in centerfield.

The guy shook his booty for some time before security realized he was there — and then, he managed to dodge the guards who were trying to take him down for several seconds.

The man ran from the outfield to the mound, before eventually making it to home plate.

Toward the end of his show, he tried to get a high-five from a Milwaukee batter, but after the Brewer him hanging, security finally nabbed him and got him off the diamond.