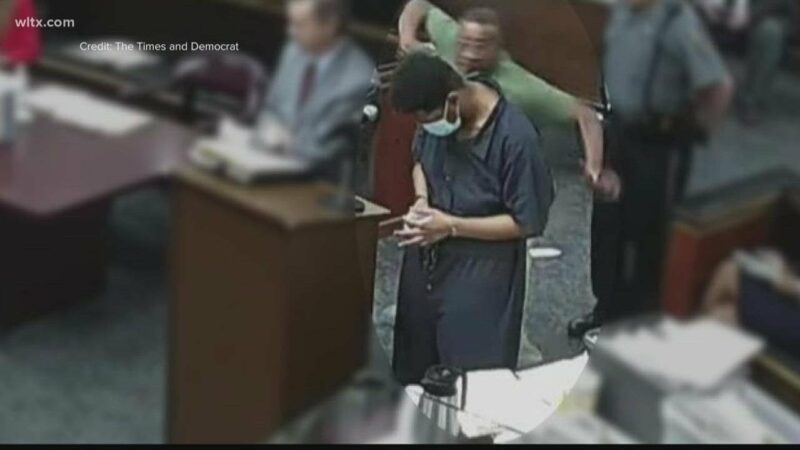 A sentencing hearing for a confessed murderer turned into chaos Thursday in Orangeburg County when the victim’s father attacked the killer.

Willie Clay Fields, 58, is now facing charges of contempt of court and third-degree assault and battery, both charges are misdemeanors.

Fields attacked Lindy Lamont Jones, 22, who had pleaded guilty on Wednesday to the shooting death of Fields’ 18-year-old son, Willie, in 2019.

Courtroom video shows Fields holding his wife as she made a tearful statement before Circuit Judge Roger Young in the Orangeburg County Courthouse. Fields suddenly lunged towards a handcuffed Jones and punched him in the back of the head.

Fields fell on Jones, hitting him repeatedly before bailiffs pulled him off of Jones.

Jones then lunged at Fields before being escorted out by officers.

In a statement released on Facebook, Justin Bamberg, Fields’ lawyer and a state representative, said his client had been overcome with emotion and apologized to the court for his actions.

“No father should have to bury his innocent son. Mr. Fields is not a criminal. He is a victim of the senseless violence that occurs far too often in our communities,” Bamberg said.

“I don’t expect everyone to understand how it must feel to sit there reliving the moment you first found out your son had been murdered for absolutely no reason,” Bamberg said. Jones admitted to shooting Fields once in the head and three times in the back in 2019.

You could respectfully at least show the ground and pound.