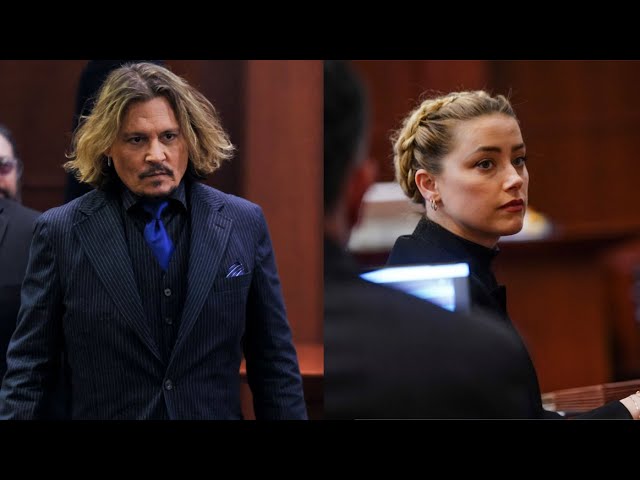 Fans Pay Thousands To Get In On Depp vs Heard Trial

Desperate fans hoping to get into the Fairfax, Virginia, courtroom where Johnny Depp and Amber Heard are in the midst of a dramatic defamation trial have been paying thousands for a seat. Fans have even turned to scalpers to buy a ticket on the “black market.”

Court officials have limited wristbands to 100 for the main courtroom and an additional 100 to 150 for the overflow room leaving droves of fans outside. Some spectators have even paid thousands for “black market” wristbands.

Fans say they have traveled great distances and spent thousands in expenses just for a chance to get in on the experience, many of whom are avid supporters of 58-year-old Depp.

Since the trial began, fans have camped out and lined up outside the courthouse in the hopes of witnessing the proceedings in person.

People began lining up at 10 p.m. Sunday ahead of Monday’s 9 a.m. start time, prompting the sheriff to post a sign that read: “Effective immediately the line for the Johnny Depp and Amber Heard case spectators are not permitted to loiter or camp out on the judicial complex before 1 a.m.”

Ivan De Boer, 59, said she used a year’s worth of paid vacation time to travel from Los Angeles to support Depp, even spending upwards of $30,000 on expenses as of last week.

“I took my whole year’s vacation, so I could be here for Johnny,” she said. “I’m the same age as Johnny. I’m single, so I do what I want to, basically.”

Depp is suing Heard for defamation, claiming her Washington Post op-ed labeling herself as a “public figure representing domestic abuse” referred to him and cost him millions due to the damage to his reputation and career. Heard is countersuing for $100 million.