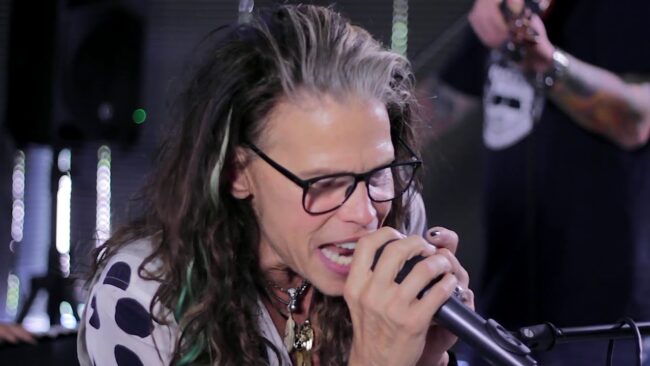 Aerosmith frontman Steven Tyler has checked himself into rehab, forcing the band to cancel upcoming dates for their “Deuces Are Wild” Las Vegas residency. His bandmates made the announcement on the Aerosmith official Twitter page Tuesday.

“As many of you know, our beloved brother Steven has worked on his sobriety for many years,” the band’s statement read. “After foot surgery to prepare for the stage and the necessity of pain management during the process, he has recently relapsed and voluntarily entered a treatment program to concentrate on his health and recovery.”

“We are truly sorry to inform our fans and friends that we must cancel our first set of Las Vegas residency dates this June and July while he focuses on his well-being. We will continue our 2022 dates starting in September, and we’ll let you know any further updates as soon as we can,” the post continued.

“We are devastated that we have inconvenienced so many of you, especially our most loyal fans who often travel great distances to experience our shows. Thank you for your understanding and for your support for Steven during this time.”

Tyler, 74, was in and out of rehab facilities as he fought substance abuse issues throughout the 1980s. He last spent time in rehab in 2009 after he was prescribed painkillers for “severe chronic pain” due to orthopedic injuries, which led to a prescription painkiller addiction.

“What makes me an alcoholic is not how much I drank or how often I used, or who I did any of that with. It’s what happens to me and who I become when I do, and I don’t like that guy,” Tyler said in a 2019 interview.

The “Deuces Are Wild” residency remains on the schedule for September to early October at MGM Live, as well as fall shows in Maine and Massachusetts.