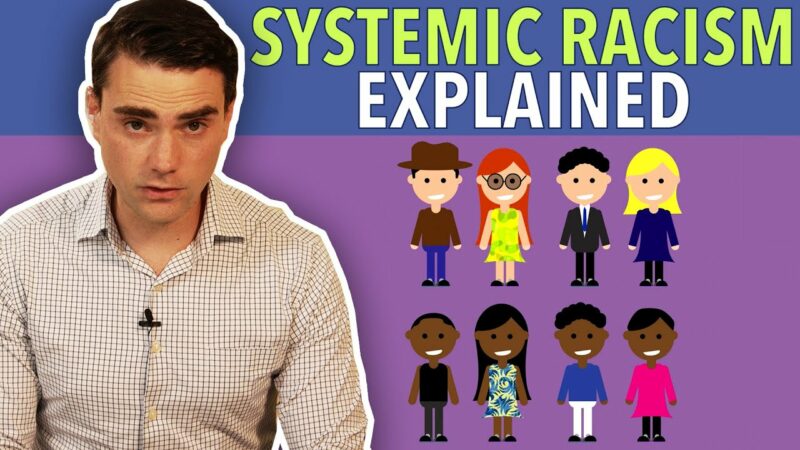 A new anti-racist training program for Google employees argues that listening to Ben Shapiro, editor emeritus of The Daily Wire and host of “The Ben Shapiro Show,” is a direct connection to committing “mass murder.”

Furthermore, former President Donald Trump is listed among the concepts and persons who can lead to “genocide,” along with such terms as “apolitical convictions” and the phrase “All Lives Matter,” according to the training. According to a slide from the training curriculum received by the Manhattan Institute’s Christopher Rufo, Shapiro, Trump, and the rest all contribute to the “normalization” of racism, which in turn encourages mass shooters and leads to the elimination of entire people groups.

“Another graphic, titled ‘The White Supremacy Pyramid,’ advances the idea that conservative commentator Ben Shapiro is a foundation of ‘white supremacy’ and that Donald Trump is moving society on a path toward ‘mass murder’ and ‘genocide,’” Rufo tweeted along with an image of the pyramid.”

Shapiro, who was the top target of antisemitism on Twitter among journalists in 2016, slammed the Google training.

“All it would take is one Google search to learn just how much white supremacists hate my work, or how often I’ve spoken out against their benighted philosophy,” Shapiro told Rufo in City Journal. “The attempt to link everyone to the right of Hillary Clinton to white supremacism is disgusting, untrue, and malicious.”

Employees put through the training are taught that the United States is a “system of white supremacy,” and that Americans are “raised to be racist” from infancy through adulthood. Rufo writes in City Journal that the “racial-reeducation program” is based on the “core tenets of critical race theory — including ‘intersectionality,’ ‘white privilege,’ and ‘systemic racism.’”

The training also included notable “antiracist” campaigners such as Nikole Hannah-Jones of the New York Times and Ibram Kendi, a professor at Boston University, among others. “1619 Project,” conceived by Hannah-Jones, is an endeavor to recast the origin of the United States and substitute the Declaration of Independence with the institution of slavery, as reported by the New York Times. The 1619 Project has been roundly rejected by researchers of the United States and its formation who have studied the country and its history.

“If you name anything in America, I can relate it back to slavery,” Jones said in one of Google’s training videos, adding, “if you’re white in this country, then you have to understand that whether you personally are racist or not, whether you personally engage in racist behavior or not, you are the beneficiary of a 350-year system of white supremacy and racial hierarchy.”