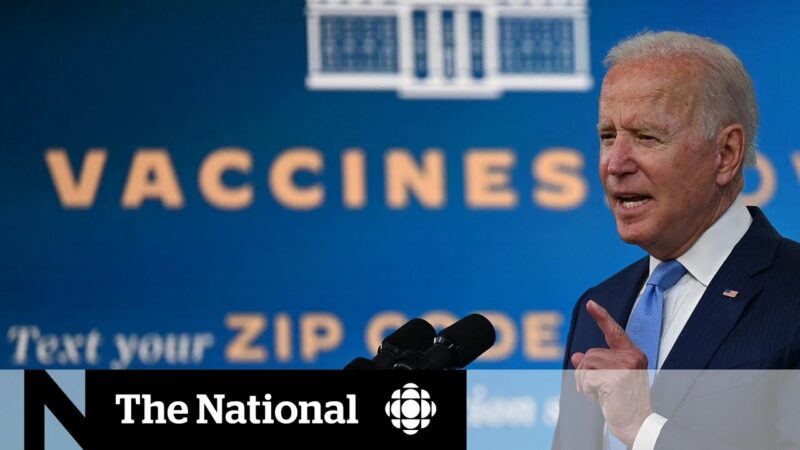 All federal employees and contractors are apparently required to acquire a COVID-19 immunization, according to President Joe Biden.

Biden is set to reveal the next stage in a speech on Thursday in which he will outline a new, more aggressive approach to COVID-19 that his government is pursuing. In addition, the president is anticipated to press firms who have not yet mandated vaccinations for their employees to do so in the future.

As reported by CNN:

Among the steps that the President will take is signing an executive order requiring all federal workers to be vaccinated, with no option of being regularly tested to opt out of the requirement, according to a source familiar with the plans.

The President will also sign an executive order directing that same standard be extended to employees of contractors who do business with the federal government. The Department of Defense, the Department of Veterans Affairs, Indian Health Service and National Institute of Health will also complete their previously announced vaccination requirements, which the White House estimates covers 2.5 million people.

Biden’s declaration represents a significant step forward from the action he took earlier this year, in which he offered staff the option of submitting themselves to regular COVID testing in place of receiving a vaccine. While some Democratic leaders in states and towns have embraced harsh vaccine policies, Republicans have largely opposed such policies since the broad distribution of vaccines began in the 1980s.

“There are — there are six new — there are six steps the President is announcing. There will be new components, as I noted and you noted. Some of that will be related to access to testing. Some will be related to mandates. Some will be related to how we ensure kids are protected in schools,” Psaki continued. “And we’ll have more — we’ll preview more tomorrow as all the pieces are finalized. But there will be new components that, sure, will of course impact people across the country. But we’re also all working together to get the virus under control, to return to our normal lives. And I know many people, I’m sure, are looking forward to hearing what the President has to say.”

It has already been declared or implemented that certain elements of the federal government will require their employees to receive vaccines. The United States military declared this month that all servicemen in the United States are required to acquire the COVID-19 vaccine.