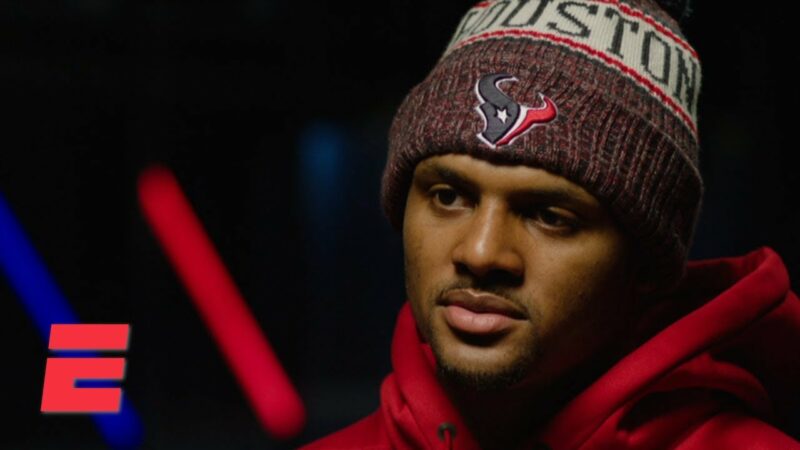 The NFL is still investigating Cleveland Browns quarterback Deshaun Watson after he was accused of sexual misconduct by 23 women.  Watson’s lawyer, Rusty Hardin, did a radio interview with Sports Radio 610 and said that he believes Watson did not commit any crimes.

During the interview, Hardin gave a perplexing explanation of why he believed a “happy ending” is not a crime.

The term “happy ending” describes either oral sex or manual stimulation of the penis during or after a massage. Watson is accused of touching some of the massage therapists with his penis or exposing himself to them. Other women in the lawsuit have accused Watson of ejaculating on them or forcing them to put their mouths on his penis. One accuser said Watson intentionally moved his erect penis to her hand and then told her to “just grab it” if his penis got in the way.

Hardin argued that a “happy ending” is not a crime unless extra money is paid for the service and did not apply here. The question is whether Watson forced these women into unwanted sexual encounters. If that happened, it could qualify as sexual misconduct or sexual assault. Hardin attempted to clarify his comments Friday, saying he believed Watson engaged in consensual sexual activity with the massage therapists. Hardin added Watson “did not pay anyone for sex.”

Hardin also claimed that he was speaking hypothetically when he used the term “happy ending” and was not speaking specifically about Watson’s case.

Hardin declared in his statement, “It’s not OK to do anything that a woman does not agree to do.”

The civil suits did not stop the Browns from acquiring Watson in March. The team gave Watson $230 million, the most guaranteed money in NFL history. The Browns also structured Watson’s contract so he wouldn’t lose out on that much money if he got suspended in 2022. Two grand juries declined to indict Watson on criminal charges in March. Watson was traded to the Browns after the first grand jury declined to indict him.

Watson will not face criminal charges, but he is still subject to punishment from the NFL. Commissioner Roger Goodell said in May that the league’s investigation into Watson was nearly complete. Since then, a 23rd accuser filed a civil suit against Watson.

Watson offered $100,000 to each of the 22 initial accusers last spring in an attempt to settle each case.