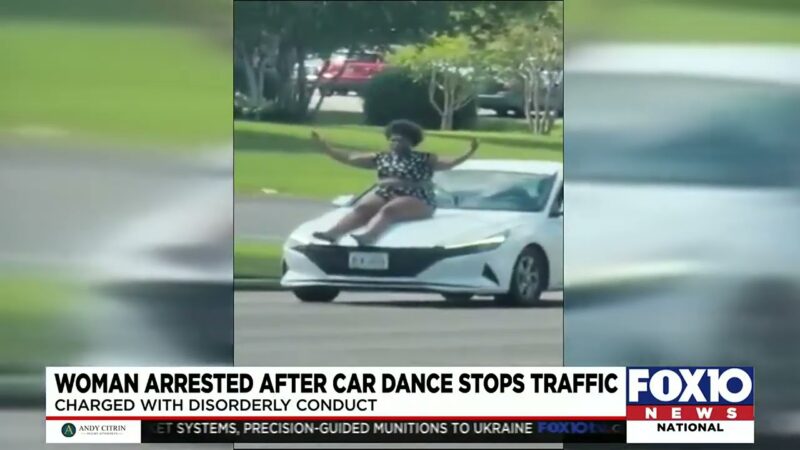 Commuters in Mobile Alabama got quite a show while sitting in traffic late Tuesday afternoon.

“Only in mobile… We pulled out of Chili’s — she got out — pulled her pants down – and has been holding up the road flipping everybody off,” said one driver — who filmed the incident.

Chandra Andrews, 27, got out of her car, climbed up on the hood, and started twerking for the crowd, slapping her behind and dropping it like it was hot.

Perplexed drivers just couldn’t believe what they were seeing.

“What is she doing,” one driver asked.

Officers from the Mobile County Sheriff’s Office arrested Andrews shortly after she wrapped up the show and drove away, charging her with “disorderly conduct” —something she’s been arrested for at least 10 times since 2013 — according to jail records. She’s also previously been arrested for public intoxication.

Andrews remained in Metro Wednesday evening and has a bond hearing scheduled for Thursday morning.