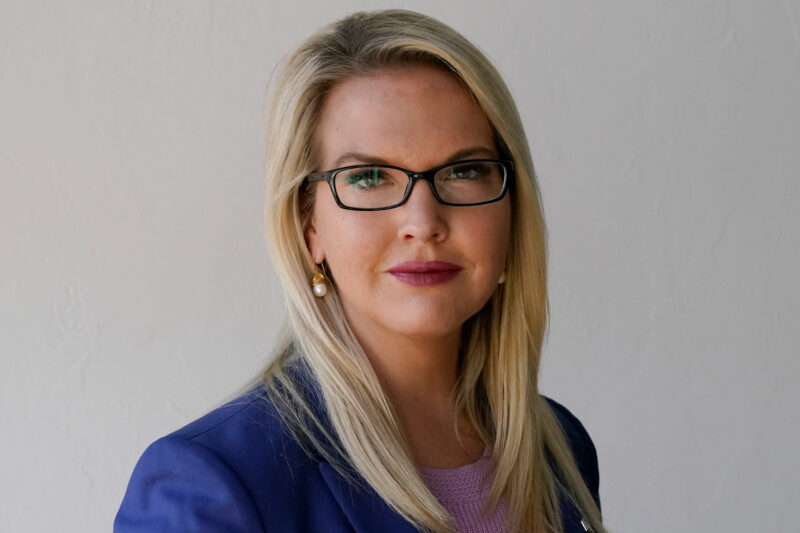 Democratic Oklahoma House candidate Abby Broyles admitted Tuesday that she got intoxicated at a tween’s Valentine’s Day slumber party, screamed obscenities at them, vomited on one girl’s shoes, and also in a basket.

Broyles claimed that she had an “adverse reaction” to sleeping pills that her friend had given her and it caused her to hallucinate. Initially, Broyles denied that she had been at the sleepover, claiming that she was out of town at the time.

Broyles said that her friend from law school had invited her to the party.

“She asked me to come over. She asked me to bring some wine. We had wine and sushi and a couple of hours later, we were upstairs in their theater room watching a movie. For years I have struggled with stress and anxiety and insomnia. I took the bar exam on 2 hours of sleep,” Broyles said.

“I mean, this is how far this goes back for me. And she knows that. And she gave me a medication I had never taken before. And I had an adverse reaction. Instead of helping me sleep, I hallucinated. And I don’t remember anything until I woke up or came to, and I was throwing up in a hamper,” she continued.

“I remember starting to hallucinate, and the rest is just blurry. I just remember opening my eyes, and I had gotten sick in this hamper and I didn’t know where I was. It was the most awful experience that I’ve had,” Broyles added.

Broyles called one girl an “acne f*cker,” two girls “Hispanic f*ckers” and another girl a “judgy f*cker,” causing the girls to get very upset and cry.

“It’s so sad because this is someone who has stood on a soapbox and talked about empowering women, and rather than do that with these girls she chose to belittle and denigrate the next generation of women,” Sarah Matthews, the mother of one of the attendees, said.

Matthews said Friday that Broyles had not yet apologized to her or her daughter for what had happened.

Broyles said that despite the incident she will still run for the House seat.

Excuses are like assholes. Everybody has one. She’ll fit right in with drunken Nancy.

There are no excuses for her behavior, including passing the buck and blaming others. She should be banned from ever running for any office, including dog catcher.

“Broyles said that despite the incident she will still run for the House seat.”
Good luck with THAT, beeyotch.

Lol what’s new about that . Every democrat makes lot of excuses for breaking the law then walks away Fred to do it again . Funny how that don’t work for the regular person out on the streets . Try doing this and see how things go for you lol . Their special and above the law . Like Hillary saids … laws are for poor .. since Hillary lost this is the democrat way . When a party can lie and rig the elections like the democrats did , tells you how bad things are going to get . Yet everyone seems to look the other way and stands there with a stupid look on their face as the country falls . The fact they can try to destroy a standing president like they tried and still are shows the corruption of that party . All for power and money . In the days of our forefathers they would be taken out and put in front of a firing squad . Sad as it is … we have no men to take control like our forfathers did . It was all about the country and the freedom that the delusional democrats now want to take away . We are dead in the water waiting to sink cause of the corruption of our government .