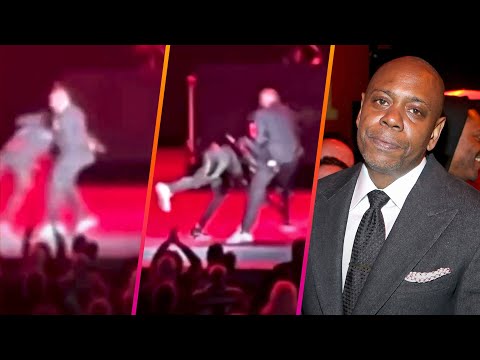 The armed man who is accused of attacking Dave Chappelle on stage at the Hollywood Bowl is now facing several misdemeanor charges.

Lee has been charged with battery, possession of a weapon with intent to assault, and two charges related to interfering with a performer.

“This alleged attack has got to have consequences,” said L.A. City Attorney Mike Feuer in a video message. “My office takes protecting public safety extremely seriously, and we’re going to vigorously prosecute this case.”

Lee was arrested for assault with a deadly weapon after tackling Dave Chappelle Tuesday night. He’s being held on $30,000 bail.

County prosecutors determined that while criminal conduct occurred “the evidence as presented did not constitute felony conduct.”

Lee was armed with a replica handgun knife when he charged the stage and tackled Chappelle. Witness video shows Chappelle initially falling back but quickly freeing himself as security rushed out to grab the attacker.

L.A. County prosecutors chose not to move forward with felony charges because Lee wasn’t brandishing the knife as it was in a bag.

“The replica handgun, which contained a knife blade, was recovered and booked as evidence,” police said in a statement.

A spokesperson for Chappelle issued a statement Wednesday, calling the incident “unfortunate and unsettling” but added the comedian refuses to let it overshadow the record-breaking performance at the Hollywood Bowl.

She noted that the comedian continued with his show and worked with Jamie Foxx and Chris Rock to help calm the crowd with humor.

A spokesperson for Netflix also issued a brief statement: “We care deeply about the safety of creators and we strongly defend the right of stand-up comedians to perform on stage without fear of violence.”

The comedian was not injured in the attack and later joked with the audience about it.

Comedian Chris Rock, who performed earlier in the night, came on stage with Chappelle moments after the attack and joked: “Was that Will Smith?”