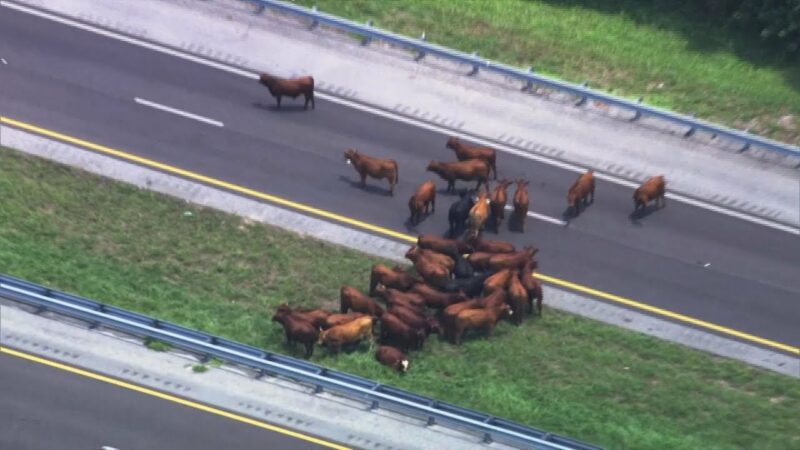 The hauler’s semi-cab began to catch fire shortly before noon near St. Cloud, south of Orlando, according to a Florida Highway Patrol news release.

The 47-year-old driver from Alabama pulled the truck over to the turnpike’s outside shoulder, officials said. Then he opened the cattle trailer door, letting about 70 cows escape from the smoke and flames.

The local fire department extinguished the fire and the cattle hauler was towed away. No injuries were reported.

The Florida Turnpike was closed in both directions and traffic was diverted for nearly four hours as officials dealt with the fire and rounded up the cows.

Officials did not immediately say what caused the truck fire.