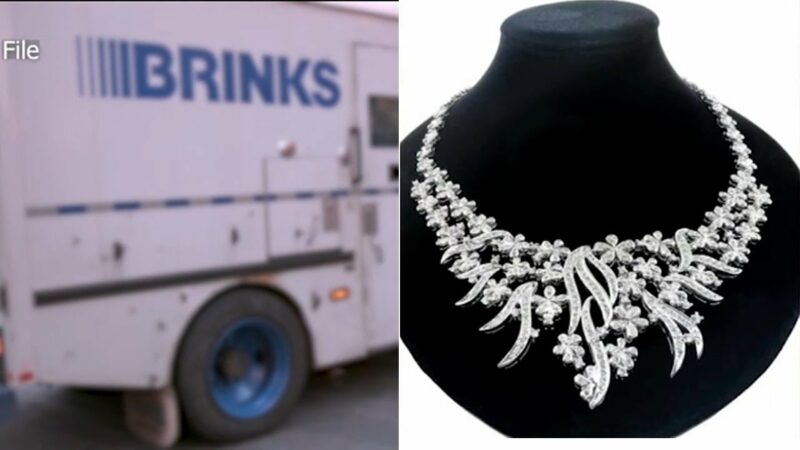 Millions in jewelry, gems, high-end watches, and other valuables were stolen from a transport vehicle in Southern California.

The Brink’s cargo trailer was headed for a jewelry show in Pasadena early on the morning of July 11 when it was robbed after the driver pulled over at a rest stop.

The driver and crew pulled over at the Flying J travel plaza in Lebec around 2 a.m., according to the Los Angeles County Sheriff’s Department. While it was parked at the rest stop, someone broke in and stole the cargo.

The trailer had been loaded the day before following an exhibit near San Francisco.

It’s unclear whether the thieves had followed the vehicle from the Bay Area or stumbled upon it at the rest stop as a crime of opportunity.
“It’s such a tragic situation,” said Arnold Duke, president of the International Gem and Jewelry Show.Multiple exhibitors had merchandise on the truck and many of them have lost their life savings. Insurance is expected to only cover a fraction of their losses.
Brinks says the items were given an estimated value of less than $10 million. But exhibitors say the value is actually between $100 million to $150 million.

“They under-insure,” Duke said. “Because the extra insurance is very, very expensive. And because everybody trusts Brink’s a million percent. And they’ve never lost anything of ours. After all these years, people are just very, very comfortable.”

“According to the information the customers provided to us before they shipped their items, the total value of the missing items is less than $10 million. We are working with law enforcement and we will fully reimburse our customers for the value of their assets that were stolen, in accordance with the terms of our contract.”

Law-enforcement experts say a heist of this magnitude is rare.

“To have a robbery like this occur with that amount of money, possibly upwards of $150 million in losses, is just incredible,” said law-enforcement expert Bruce Thomas.