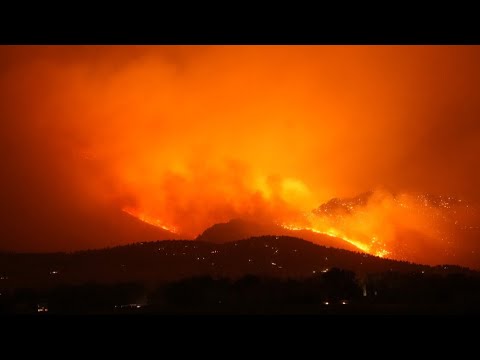 Property owned by a “cult” is now being considered part of an investigation into how the Marshall Fire began in Colorado.

Boulder County Sheriff Joe Pelle said that the land owned by Twelve Tribes is part of an investigation into the source of the Marshall Fire, which originated in Boulder County on Dec. 30 and destroyed over 900 structures and caused 30,000 people to evacuate the area, according to officials.

The Boulder County Sheriff made the announcement that the property owned by the Twelve Tribes is under investigation during a press conference on Monday.

“Is the twelve tribes compound or property part of that investigation still?” a reporter asked.

“It is,” Boulder County Sheriff Joe Pelle said. “And it will be, and that’s widely known and understood.”

Pelle added that the area around the Twelve Tribes property is also being investigated, adding that investigators are not looking at any “one specific thing.”

“By community, we mean families and single people who live together in homes and on farms. We are disciples of the Son of God, whom we call by His Hebrew name Yahshua. We follow the Old and New Testament Scriptures and live like the early disciples in Acts chapters 2 and 4. With all of our hearts, we want to do our Father’s will, which is to love one another and be a light to the nations; so that they could see our life of love and know how much their Creator loves them,” the Twelve Tribes website states.

The Yellow Deli in Boulder, which is owned by the Twelve Tribes, is temporarily closed “due to being evacuated from the Marshall Fire.”

Records from the Federal Bureau of Investigation describe the group as a “cult” and indicate that the group has been investigated for several complaints regarding child abuse.

According to the Boulder County Sheriff’s office, the fire has destroyed 991 structures and an additional 127 are damaged.