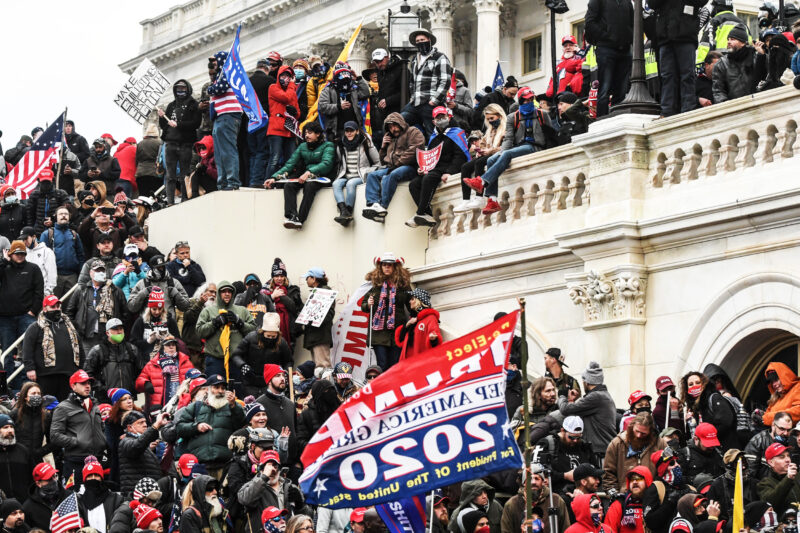 Trump made the announcement in a formal statement, alleging that the Congressional Select Committee investigation on Jan. 6 was conducting a “dishonest” inquiry. Trump said he will address the storming of the Capitol during his rally on Saturday.

“In light of the total bias and dishonesty of the January 6th Unselect Committee of Democrats, two failed Republicans, and the Fake News Media, I am canceling the January 6th Press Conference at Mar-a-Lago on Thursday, and instead will discuss many of those important topics at my rally on Saturday, January 15th, in Arizona,” Trump wrote, going on to claim that House Speaker Nancy Pelosi denied requests to use the National Guard to defend the Capitol leading up to the incident.

“Why will Crazy Nancy Pelosi not provide her communications with the House Sergeant-at-Arms and the House Chief Administrative Officer, or promise to retain these vital messages, which many feel she has already destroyed—perhaps illegally?” he continued.

Trump’s press conference would have come at the same time as President Joe Biden and Vice President Kamala Harris’ own plans to mark the anniversary of the riot. Biden has repeatedly called the riot one of “the darkest days” for American democracy, he is expected to condemn the violence of January 6 as an attempt to overturn democracy.

The J6 Committee has discussed subpoenaing Republican members of Congress who were in communication with organizers of the Trump rally that took place ahead of the riot. The most likely to receive subpoenas would be Pennsylvania Rep. Scott Perry and Ohio Rep. Jim Jordan, who have already been contacted by the committee about their communications.

“If we have the authority, and the lawyers are still looking at it, to pursue it, then we’ll do it,” chairman and Democratic Mississippi Rep. Bennie Thompson in late December.

White House press secretary Jen Psaki on Tuesday said the president will address “the truth of what happened, not the lies that some have spread since, and the peril it has posed to the rule of law and our system of democratic governance.” Psaki said the president will also commemorate the members of law enforcement who protected the Capitol that day.