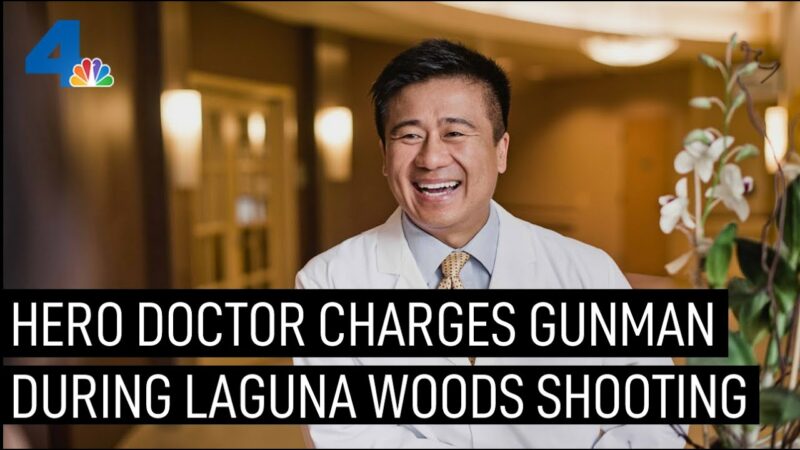 When a gunman opened fire Sunday in a South California church, fast-acting parishioners hog-tied him with electrical cords after the pastor hit him over the head with a chair.

The deadly attack unfolded Sunday afternoon around 1:30 p.m., at the Taiwanese Presbyterian Church in Laguna Woods.

Roughly 40 worshippers had gathered for a reception to welcome Pastor Billy Chang, who served in the church for 20 years, home after being in Taiwan for two years.

That’s when the gunman, David Chou, 68, opened fire on the group, killing one and injuring five senior citizens.

Chen said he peeked out of the kitchen and saw mayhem as worshippers began frantically running. Chen said he ran outside to call the police.

Parishioners said that when the gunman stopped to reload, Chang hit him over the head with a chair while others grabbed his gun and then hog-tied him with electrical cords.

“It was amazing how brave [Chang] and the others were,” Chen said. “This is just so sad. I never, ever thought something like this would happen in my church, in my community.”

Orange County Undersheriff Jeff Hallock said the parishioners “displayed what we believe is exceptional heroism and bravery in intervening to stop the suspect.”

“They undoubtedly prevented additional injuries and fatalities,” Hallock said. “I think it’s safe to say that had people not intervened, it could have been much worse.”

Pastor Chang who served in the church for 20 years was fatally shot in the attack. Authorities say that if not for his heroic action, many more would have been lost.