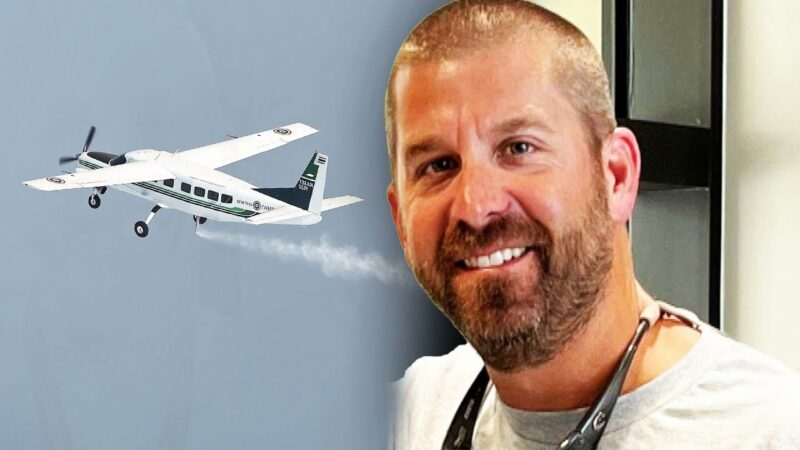 A passenger who landed a plane in flip flops after the pilot passed out earlier this month said fighting the nosedive was “the scariest part” of the whole experience during an interview Sunday.

Darren Harrison, 39, was flying from the Bahamas to Florida when the pilot of the single-engine Cessna 208 passed out. Harrison had no choice but to land the plane himself despite having no flying experience. The pilot suffered a medical emergency and became “incoherent,” so Harrison went to the front of the plane as the aircraft went into a nosedive.

“Just common sense, I guess, being on airplanes, because I knew if I went up and yanked that the airplane would stall,” Harrison said.“And I also knew at the rate we were going, we were probably going way too fast and it would rip the wings off the airplane.

“By the time I had moved forward to the front of the airplane, I realized that we had now gone into a dive at a very fast rate,” Harrison said. “All I saw, when I came up the front, was water out the right window, and I knew it was coming quick. Very, very quickly.”

Harrison described this moment as “the scariest part of the whole story.” He noted that if he hadn’t reacted, he, the pilot, and the pilot’s friend would all die.

After landing the plane successfully, Harrison said the weight of what had happened finally hit him.

“I said thank you for everything, and I threw the headset on the dash and said the biggest prayer I’ve ever said in my life,” said Harrison, who is expecting a child with his wife later this summer.