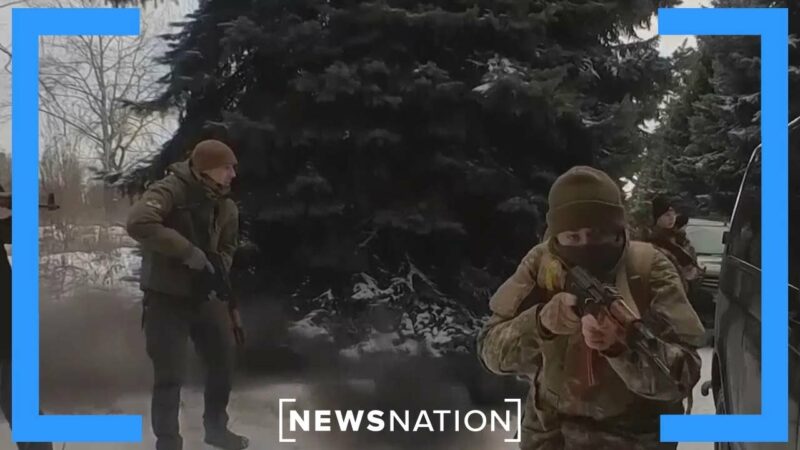 Afghanistan veteran Harrison Jozefowicz, 25, was a police officer in Chicago when he decided to quit his job and go to Ukraine to join other American volunteers to help the war effort.

“I had a personal connection with the Afghanistan withdrawal failure, and I don’t mean that politically, but on a military level. When you have people that were working for your government, and their entire families are killed overnight because of poor planning, that’s what it is. It’s a failure,” Jozefowicz said. One of the 13 Americans killed in the Afghanistan withdrawal, Staff Sergeant Ryan Knauss, was his friend, he said.

“That’s one of the reasons I’m in Ukraine,” Jozefowicz continued. “I don’t want to see the same thing happen here.”

Jozefowicz served in the U.S. military for five years, including one year in Afghanistan, he is currently the lead logistical coordinator of Task Force Yankee: Ukraine. They are a group that helps American volunteers get into Ukraine safely and facilitates the transportation of medical supplies from Poland to the front lines.

“If other organizations have the suppliers, I have the drivers and the vehicles. I’m getting requests every hour that I’m trying to fill from the front lines,” he said.

He explained that when he originally got to Poland, there was an overwhelming amount of supplies being donated from the West, but they were having difficulties getting the supplies past the Polish border and into Ukrainian hospitals and cities. That’s how Task Force Yankee: Ukraine was started, Jozefowicz said. “Our vehicles bring supplies to the front lines and then we bring refugees back,” he said.

Jozefowicz said there are American volunteers coming to Poland every day, adding that some are too eager to go into a war zone with little experience.

“The biggest misconception is we are having these untrained civilians coming over and they say, ‘Send me to the front.’ They have never experienced combat,” Jozefowicz said, adding that some are unprepared for the air sirens and missiles and want to leave.

“To put this bluntly, my advice is that this is not for the faint-hearted. It’s a war and it’s an active war zone. We are trying to be as blunt as possible with everyone we meet here,” he said.

“I want to dig through every resource I have to find one tourniquet that needs to get to the front line,” he concluded. “I’m needed more here than at the front lines because I’m saving thousands of lives by bringing medical supplies.”