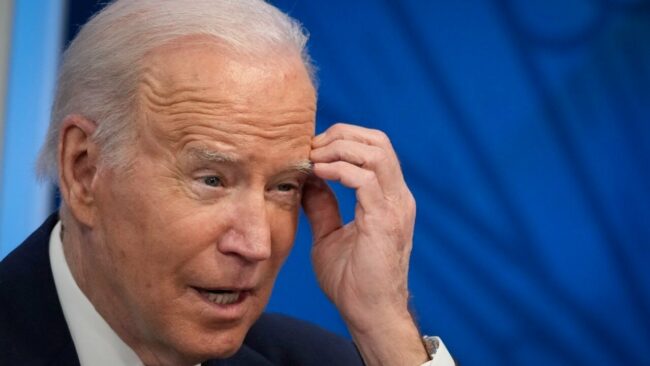 After signing the order, Biden shook several hands and saluted the crowd before he walked away from the table. When he realized no one was walking with him, Biden threw his arms up in exasperation as he turned around to see several people, including Vice President Kamala Harris and House Speaker Nancy Pelosi, gathered around former President Barack Obama.

Biden stood and stared in disbelief for several seconds before walking away.

Obama, who first signed the ACA into law in 2010, visited the White House Tuesday for the first time since former President Donald Trump was inaugurated. Biden and Obama shared friendly banter in their speeches, with Obama jokingly referring to Biden as “Vice President Biden.”

“It feels like the good old days,” Biden said of Obama’s visit.

“They are real friends, not just Washington friends,” Psaki said in a Monday press conference. “I’m sure they will talk about events in the world as well as their families and personal lives.”

OMG, this is so embarrassing for FJB