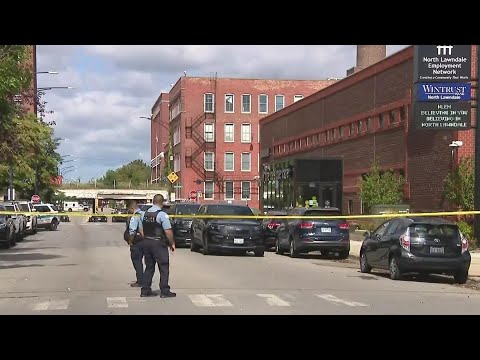 Chicago Police shot a man Monday after he broke into a room where officers were conducting a SWAT training exercise.

The man climbed a five-story fire escape then entered the room through an open door, and grabbed two guns from the room. The door had been left open to allow for more ventilation in the room.

The firearms the man grabbed were not loaded with live ammunition.

“These were guns that were being watched,” Police Superintendent David Brown said. “Obviously, someone coming from a stairwell outside startled everyone. Who is this person? Is this person associated with the training? We do have live actors sometimes who come in plainclothes.”

Police say the man had previously attempted to retrieve his personal property from the facility.

No details have been released on the suspect other than he is a 47-year-old man from Waukegan, Illinois. Charges are pending.