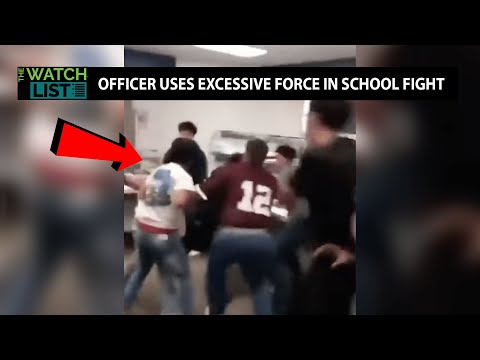 Texas police officers are under investigation after a video posted on social media showed an officer grabbing a student and hurling him into a cafeteria cart during a fight.

The video shows students inside the Nimitz High School cafeteria in Irving, Texas, squaring off and brawling Wednesday as officers moved in to break it up.

One officer is seen in the video grabbing a student and slamming him into a cafeteria cart, then pushing him to the ground when he attempted to get back up.

Irving Police Department officials said in a statement on Thursday that the officers used force, sparking an internal investigation.

“The [department] reviews every use of force to ensure policies and procedures are appropriately applied,” the statement read.

One officer, whom the department didn’t name, “will be reassigned” during the investigation.

Give’em what they are begging for.