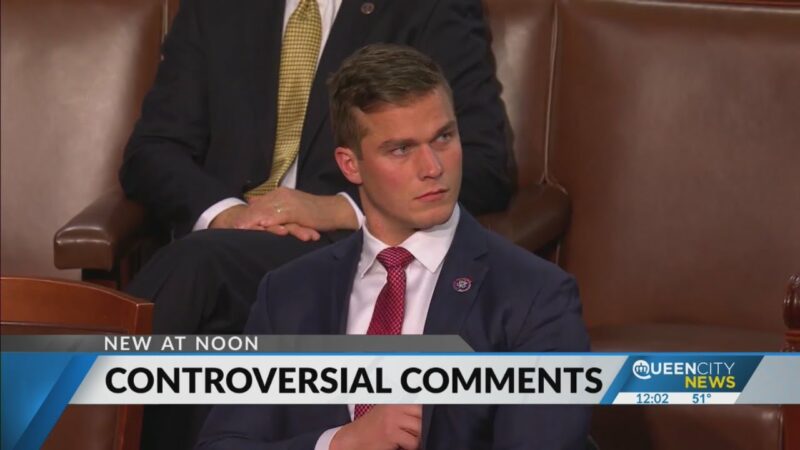 In the clip which was posted to Twitter, Cawthorn speaks about the accuracy of the hit Netflix series “House of Cards.”

“How much, in your opinion, because you’re — you’ve been behind the veil. Is this a fictitious show, or is this more closer to, like, a documentary?” interviewer John Lovell asked Cawthorn, “is it that bad?”

“I heard a former president that we had in the 90s was asked the question about this, and he gave an answer that I thought was so true, and he said the only thing that’s not accurate in that show is that you could never get a piece of legislation about education passed that quickly.” Cawthorn responded.

Cawthorn was referring to a quote from former President Bill Clinton. The show’s lead actor, Kevin Spacey, said that Clinton told him directly that “House of Cards” is 99% accurate.

The series is “so dirty,” Lovell said, describing Spacey’s character as living a “secret life of all this corruption and power and money and perversion.”

“Aside from that, the sexual perversion that goes on in Washington, I mean it, being kind of a young guy in Washington — with the average age of probably 60 or 70 — and I look at all these people, a lot of them that I, you know, I’ve looked up to through my life. I’ve always paid attention to politics guys that, you know, then all of a sudden you get invited to like, well, ‘hey we’re going to have kind of a sexual get together at one of our homes. You should come,’” he said.

“Or the fact there’s some of the people that are leading on the movement to try and remove addiction in our country and then you watch them doing, you know, a key bump of cocaine right in front of you,” Cawthorn continued.

Cawthorn’s statements drew comments from some, such as Republican Illinois Rep. Adam Kinzinger, who wrote, “Well I’ve never seen that, but I also don’t run in the far-right free caucus circles.  So maybe?”