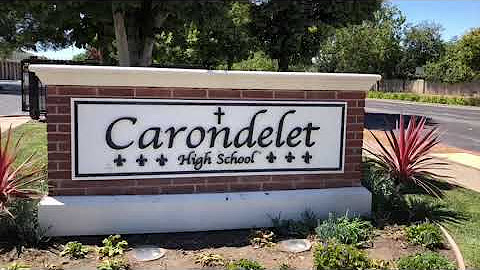 A Catholic high school in California recently hosted a cultural festival in January which featured a booth that asked women to make “pronoun buttons,” according to the testimony of a concerned parent organization.

Carondelet High School’s diversity, equity, and inclusion council hosted a “cultural” event wherein students were shown a “gender identities presentation,” according to Parents Defending Education (PDE). A Carondelet parent told PDE that students were given a passport to collect stamps at different booths and redeem them for prizes. One of the booths included the Horizon Gender & Sexualities Alliance (GSA) club.

The GSA Network creates high school clubs that are “next-generation LGBTQ racial and gender justice organizations that empower and train trans, queer, and allied youth leaders to advocate, organize, and mobilize an intersectional movement,” according to the organization’s website.

A separate Pride-inspired program in the spring of 2021 highlighted trans youth activist Jazz Jennings, who underwent “sex reassignment surgery” at the age of 17. Jennings’ surgery led to serious medical complications, according to the activist’s doctor.

During the two-week celebration in 2021, eight LGBT flags were hung in the school to “show that there are more gender expressions and identities than just the ones commonly brought up.”

Carondelet is associated with the Catholic Diocese of Oakland, California. The Catholic diocese’s goals for its schools are to “educate children in the Catholic faith and nurture their minds, bodies, and souls,” according to its website.

A parent of a high school senior at the school argued that “the event seemed like a days-long promotional commercial for dangerous transgender ideology.”

“I am concerned because the school has gone well past just welcoming. Celebrations like these create confusion for our daughters who are adjusting to their natural sexual development. And they are contrary to our Catholic faith,” the parent said.

The parent claims that when she reached out to the school she was directed to a statement that calls on Catholics to “stand in solidary with and support lesbian, gay, bisexual, and transgender (LGBT) persons in our quest for inclusion and justice.”

Even the catlicks have gone full on perve now!