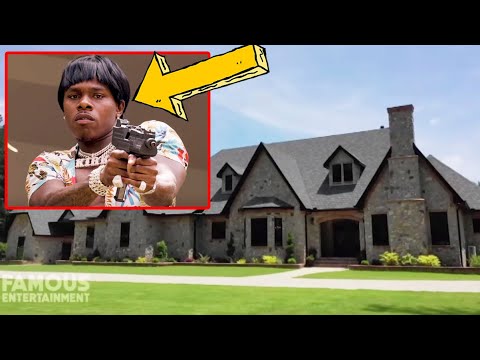 Newly released 911 audio tapes captured an intruder’s screams of pain after rapper DaBaby shot him outside of his North Carolina home Wednesday.

DaBaby shot the unwelcome guest in the leg, afterward the rapper called 911. The injured man continued to scream in the background as DaBaby spoke to the dispatcher.

The rapper stood next to the wounded trespasser while speaking to the 911 dispatcher. When the dispatcher requested information about the incident, DaBaby answered that someone had entered his property.

“I shot him in his leg,” he said, according to the 911 audio. “He’s trespassing on my property and called me by my name,” the star could be heard saying on the 911 audio.

The intruder can clearly be heard screaming on the tape. The dispatcher asked if he was breathing, to which DaBaby replied “yes, he’s shot in his leg.” When asked if there was any serious bleeding, DaBaby’s response was, “I’ve got to say yes, bro,” according to the audiotape.

The rapper seemed annoyed with the dispatcher’s questions when he was asked if the intruder was “completely alert.” DaBaby replied, “Do you not hear this man, bro?”

The dispatcher ask DaBaby to secure his weapon, and he answered that it was secure “right here in my hand.” He said, “I’m not putting it down.” DaBaby described an open area behind a wall on his property where the intruder had entered and said he was going to keep his gun in his hand. “I need to make sure there’s nobody with him that’s sneaking up on me,” he said.

The trespasser was taken to a local hospital with a non-life-threatening wound.