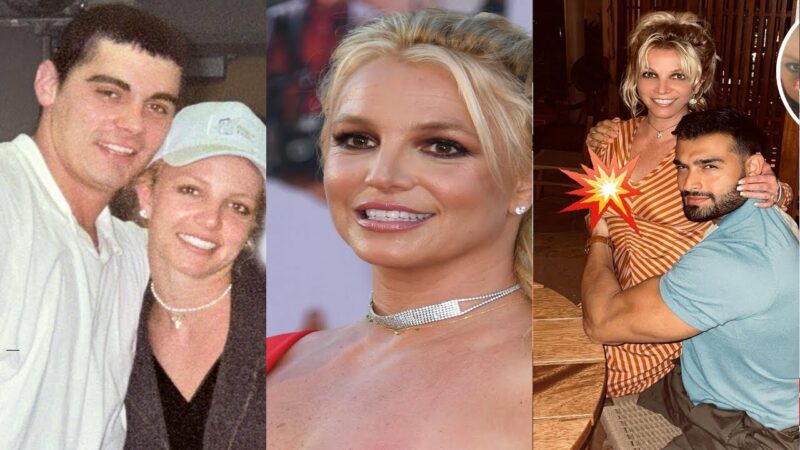 Alexander, 40, was on an Instagram live stream when he arrived and was intercepted by security officials outside of her house. A short time prior, Alexander was spotted walking through her home where a security official told him, “You’ve got to leave.”

He wouldn’t take no for an answer, so he walked outside and into the tent where crews were installing roses at an altar.

“I’m her first husband. I’m here to crash her wedding,” he said.

Alexander was arrested for an out-of-county warrant, according to the Ventura Sheriff’s County Department. He is not currently in jail.

Britney tied the knot with Alexander in January 2004 in Las Vegas, Nevada.

The marriage was annulled 55-hours later, which Alexander claimed was orchestrated by Britney’s mother, Lynne, and Britney’s management.

Preparations for an intimate event at her home in the Thousand Oaks area of Los Angeles were underway when Alexander made his dramatic entrance.

Dozens of crew members were seen installing equipment at her home in Southern California ahead of the nuptials, as a huge outdoor venue was created near the tennis court of her Spanish mansion.

Madonna, Paris Hilton, Selena Gomez, Kate Hudson, and Gwyneth Paltrow are among those that made the guest list.