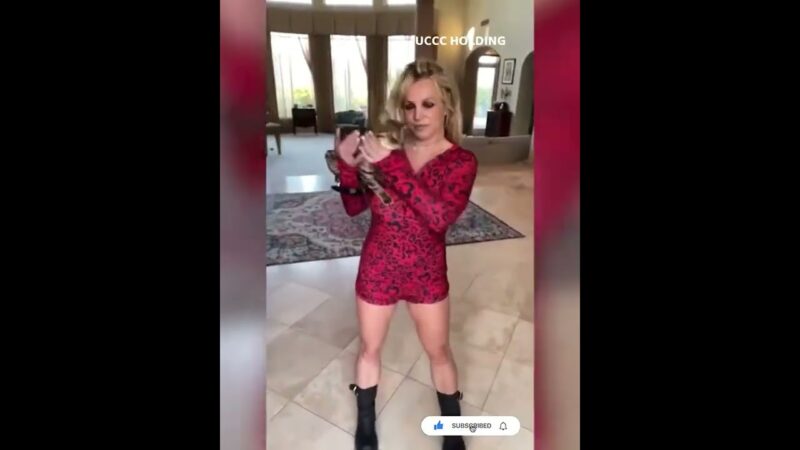 Britney Spears featured her cat in a bizarre dance video Sunday where she continually grabbed the animal by the throat, and fans were not happy.

Spears regularly posts dance videos, but the choreographed feline neck grab was a new twist. In this particular video, Spears kept wrapping her fingers around the kitty’s neck. She forcefully turned the cat’s head to face the camera, and the cat wasn’t able to escape her grip. Spears continued to dance in her cat-themed outfit while grabbing at the cat’s neck and moving it around.

Spears appeared to want the cat to share the spotlight with her, but the feline was not feeling it.

The cat tried to break free, but Britney kept a firm grip around its neck, and the poor baby was definitely not happy.

The longer Spears danced with a firm grip on her cat’s neck, the more fans commented on the way she was treating the kitty.

“Stop holding your cat like that!” wrote one fan, while another said, “Why do you keep holding the cat round the throat 😡,” as well as “Poor cat is like 😣”

One referenced the #FreeBritney movement by writing “#FreeTheCat,” and yet another person came forward to write, “That cat was definitely stressed. Please don’t hold your cat by the throat.”

The bizarre video also concerned a fan that wrote, “Cats don’t like to be held like that. Also, if your pet is not in the mood for posing please don’t force it😢,” while someone else said, “Britney why are you strangling your cat?”