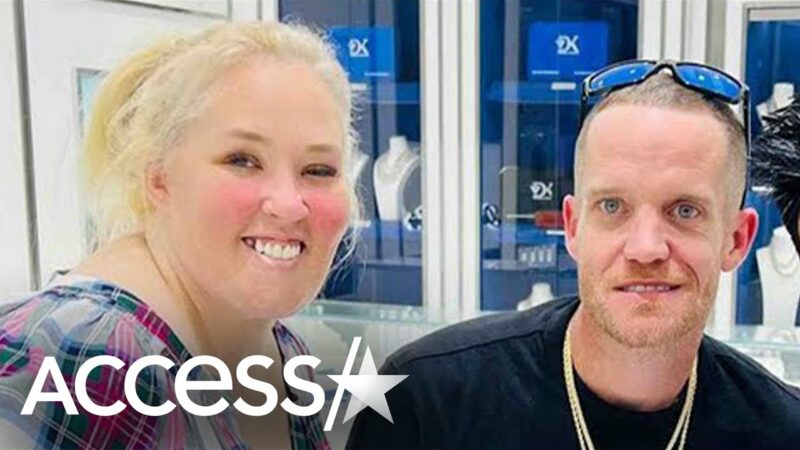 June “Mama June” Shannon secretly married boyfriend Justin Stroud at a courthouse in Georgia on March 23, less than a year since the couple started dating.

Earlier in May, June opened up about how Justin has helped her through tough times, including her past struggles with addiction.

“I met Justin a year ago. He had no idea what I was going through,” she shared. “He was texting me, ‘Hey, how you doing? I was thinking about you today. Hopefully, you have an amazing day.’ And those small little text messages when you’re going through some trauma in your life, you don’t realize how much it is.”

The Mama June: Road to Redemption star also said that she’s “in a so much better place” now that she and ex Geno Doak broke up.

June and Geno made headlines when they were arrested and later charged with felony drug possession in 2019. The duo went to rehab together in 2020, but in August 2021, Shannon confirmed that they’d broken up.

June pleaded not guilty to the charges seven months after her arrest and last year she was sentenced to 100 hours of community service.

Shannon calls herself a “recovering addict” and opened up how addiction played a part in her relationship with Geno.

“I believe that during our addiction, both of us had what I call our ‘crazy state of mind’ and sometimes you got to love people through their addiction,” she explained, adding, “I know I had a problem, but it’s hard for me to say I’m still an addict because I’m not doing those things anymore.”

The reality celebrity estimated that she’d spent about $1.5 million on drugs in the years leading up to the arrest. “I know the world will be shocked because you didn’t know it,” she said. “I was out doing press. I was out living my life. I was out doing, you know, I was doing a season and stuff like that.”

June says now that she’s sober and back on track she is working on her relationship with her daughters, Alana “Honey Boo Boo” Thompson 16, Lauryn “Pumpkin” Shannon, 22 and Anna, 27.