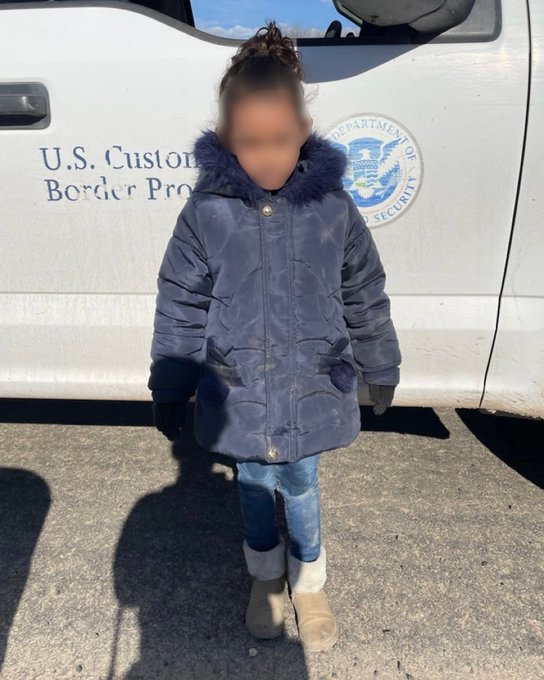 Twice in two days, Border Patrol agents in Del Rio encountered a five-year-old child crossing from Mexico into Texas without an adult.

The 5-year-old girl from Guatemala was encountered on Feb. 7, walking alone near Eagle Pass. She told agents that she had crossed the Rio Grande river by herself.

The 5-year-old girl from Honduras was encountered at the Del Rio Port of Entry on Feb. 9 with three teenagers from Mexico, two 16-year olds and a 14-year-old. All four children had crossed the Rio Grande within an hour of one another.

Another 5-year-old female child found, making this the second in two days.

This time a 5-year-old Honduran female was found with three other children, the oldest being 16.

Where are the parents? pic.twitter.com/TDu7FW2C8k

President of the National Border Patrol Council in the Del Rio sector Jon Anfinsen said that agents regularly encounter children who have made the dangerous journey alone but the dangers of a child crossing alone could cost them their life.

“Border Patrol agents keep finding small children abandoned at the edge of the Rio Grande river, and we’re grateful that these two are safe,” Anfinsen said. “But there have been other children who were not so lucky. For years, agents have found children in the river after drowning while trying to cross, and it has to stop.”

“Unfortunately, the policies of this administration are only encouraging parents to send their children on the dangerous trek across the border,” he added. “Until the White House and Congress figure out how to stem the flow across the border and create an orderly process for those seeking asylum, current policies are only going to lead to more children tragically drowning.”

Unaccompanied children are taken to border patrol stations, where they are identified and receive health screenings, according to CBP. In Del Rio at the Uvalde Border Patrol Station, juvenile coordinators aid in the care and processing of the children. Once processed,  juvenile coordinators support the transfer of the children to the Office of Refugee Resettlement and Health and Human Services.