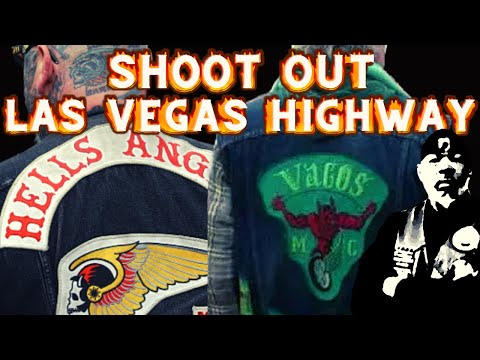 Biker Gangs Shoot It Out On Las Vegas Freeway

Members of the Hells Angels ambushed rival Vagos biker gang members on a Las Vegas-area freeway on Memorial Day weekend, according to police.

Vagos biker gang members were on the way back to Las Vegas after stopping at the Hoover Dam and the Southern Nevada Veterans Memorial Cemetery in Boulder City. Six of the seven individuals seriously wounded or injured in the Sunday gunfire were Vagos members.

An anonymous witness provided police with a video showing three men dressed in Hells Angel’s attire riding up to the Vagos gang before the shooting began.

Police said they found “multiple” bullet casings within a mile-long area along the freeway.

Two individuals remain in the hospital in critical condition, and one with non-life-threatening injuries.

The freeway was closed for more than five hours while investigators gathered evidence.

Police said a video obtained from a coffee shop in Boulder City and a police vehicle dashcam on a highway in Boulder City showed Devries, Smith, and Alo among “multiple members of the Hells Angels … before the shooting call.”

Cellphone GPS location data confirmed the three men were together on U.S. 95 after the shooting, according to police.