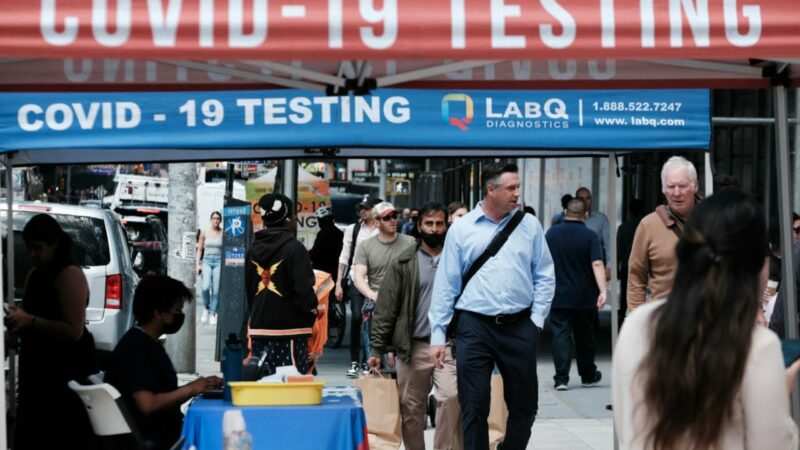 The president will continue to work remotely from his residence at the White House, where he is expected to self-isolate for at least five days. Biden will participate in his planned meetings “via phone and Zoom” from the residence.

“Once he tests negative, he will return to in-person work,”

“Out of an abundance of transparency,” she added, “the White House will provide a daily update on the president’s status as he continues to carry out the full duties of the office while in isolation.”

According to a White House official, Vice President Kamala Harris, who was last with Biden on Tuesday, tested negative. She traveled to Charlotte, N.C., as planned.

First lady Jill Biden, who is in Detroit, said that she tested negative on Thursday morning and will keep up with her travel schedule while wearing a mask and socially distancing, according to CDC guidelines.

She added that the president is “doing fine.”

“I talked to him just a few minutes ago,” she said. “He’s doing fine, he’s feeling good.”

In a subsequent tweet, the president — who had been scheduled to travel to Wilkes-Barre, Pa. — said he was feeling “great.”

Folks, I’m doing great. Thanks for your concern. Just called Senator Casey, Congressman Cartwright, and Mayor Cognetti (and my Scranton cousins!) to send my regrets for missing our event today.

Biden is fully vaccinated and twice-boosted. He received his first two doses of the Pfizer-BioNTech vaccine shortly before his inauguration in January 2021. He received a Pfizer booster shot in September and another one in late March.

The president had appeared maskless at several events in recent days, including at an event in Somerset, Mass., on Wednesday, shaking hands with supporters while flanked by current and former lawmakers, including Sen. Elizabeth Warren, D-Mass., and presidential climate envoy John Kerry.

The White House Medical Unit is in the process of contacting anyone who interacted with Biden on the trip, Jean-Pierre said.