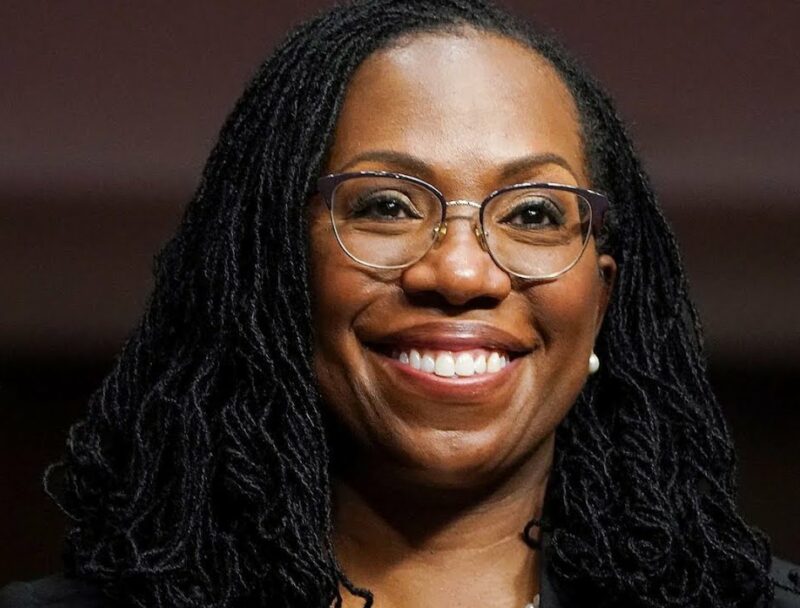 “While no one doubts her intelligence and knowledge of the law, she has shown that she’s willing to put her radical leftist’s views before the letter of the law and the constitution,” Alfonso Aguilar, president of the Latino Partnership for Conservative Principles, said. “To preserve the proper balance among our constitutional branches of government, we cannot have another activist ideologue in the highest court of the land trying to push a particular political point of view.”

Aguilar, who promotes conservative values within the Latino community, added: “Hispanic citizens who are turned off by the Democrats’ turn to the extreme left will take note that the president has decided to nominate someone who, in her career as an attorney and then as a federal judge, has aggressively worked to promote a woke agenda.”

Biden announced Friday that he had picked Jackson to succeed Justice Stephen Breyer, fulfilling his campaign promise to nominate a Black woman to serve on the Supreme Court.

Jackson, 51, has a degree from Harvard Law and clerked for Breyer. She currently sits on the D.C. Circuit Court of Appeals, a position Biden nominated her for less than a year ago to take the seat of Attorney General Merrick Garland.

The Republican National Hispanic Assembly, an organization for conservative Hispanics, was also critical of Biden’s Supreme Court choice and issued a statement denouncing “targeted discrimination.” The group said Democrats do not recognize that minorities do not want special privileges but instead want to be treated with dignity and respect as equals.

The statement continued: “The Republican National Hispanic Assembly rejects targeted discrimination in the name of equality and opportunity for all people. The Hispanic community supports the best people for the job, not handpicked individuals to pursue a vote based on the color of their skin.”

Jackson had been endorsed in progressive circles as a potential candidate for a future Supreme Court seat and progressives were pleased with the choice on Friday.

Left-leaning Latino groups issued statements of support for Jackson, including the Latino Victory Project, League of United Latin American Citizens (LULAC), and Voto Latino. They acknowledged her qualifications and the opportunity to diversify the court.

“Judge Jackson is extraordinarily well qualified for a seat on the Supreme Court,” said Maria Teresa Kumar, Voto Latino President, and CEO. “Just as importantly, her nomination represents a profoundly important step towards creating a court that reflects the diversity of this country.

She continued: “I remember distinctly how proud I felt when President Obama nominated Sonia Sotomayor to become the first Latina to become a Supreme Court Justice. I’m overjoyed for the millions of Black women and little girls who I know are experiencing a similar sense of pride today.”

Jackson’s nomination now heads to the Senate Judiciary Committee for vetting and public hearings. Jackson needs 51 votes in the Senate to be confirmed to the Supreme Court.

I’ll save you from reading the entire article…
YIPPEE, a black female! End of story.

You left out the part where she’s a far left radical. The nigger’s background leaves a lot to be desired.