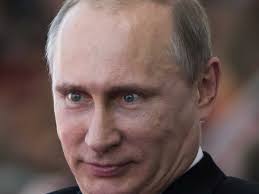 Is Vladimir Putin A Madman With His Finger On Nunclear Weapons?

The Russian invasion of Ukraine has caused leading U.S. politicians, experts, and world leaders to be concerned about the mental stability of Russia’s  President Vladimir Putin.

“I met with him many times, and this is a different Putin,” she said Sunday. “He was always calculating and cold, but this is different. He seems erratic. There is an ever-deepening, delusional rendering of history.”

Former Director of National Intelligence Jim Clapper had a similar assessment of Putin, who has grown increasingly embittered over his failure to swiftly conquer Ukrainian forces.

“I personally think he’s unhinged,” Clapper said Sunday. “I worry about his acuity and balance.”

“The concerns about Putin’s shaky mental health are particularly relevant given that he has his finger on the nuclear trigger,” he added.

Senior intelligence officials said that Putin has been isolated for months at his presidential compound, interacting only with a few advisers and cronies.

A senior national security official under President Donald Trump said when Putin met with French President Emmanuel Macron earlier this month, he seemed “paranoid” and “unwilling to listen to reason.”

During the meeting in Moscow, the men sat across a ridiculously long marble table, as Macron tried to persuade Putin to stand down. After the failed attempt at mediation, Macron privately described Putin as “more rigid, more isolated and fundamentally lost in a sort of ideological and security drift,” according to a senior French official.

Longtime Putin ally, Czech President Milos Zeman, called the Russian leader a “madman” this week after he launched the invasion.

“Putin is absolutely not crazy. All this talk calling him crazy, it means we’re still not taking Putin seriously or understanding him,” said Koffler,

“He’s not delusional, there are no mental anomalies,” she added. “Putin is a cold-blooded, typical Russian autocratic leader and a very calculated risk-taker. He’s simply executing a plan that he has been hatching for 20 years.”

Koffler said that questioning Putin’s mental status is a cover-up for the United State’s failure to appreciate Putin’s ambitions or psychology.

President Joe Biden initially said the use of sanctions was intended to be a deterrent. After the invasion, he reversed course and said he didn’t think the economic penalties would prevent war.

“If anything, this conflict has exposed our lack of a viable counter-strategy to Putin’s well-thought-out plan,” Koffler said.  “We’re grasping at straws right now.”

Putin is a mad dog that needs to be put down.

Is drooling Joe a mental midget?

My uncle had that same crazy look on his face lime putin does , after eat rat crap and was taken away in a straight jacket . He now sits in the corner playing with a piece of red string in a wacky house for the delusional . Kind of like the delusional democrats … go figure

The lead-in photo shows the face of pure evil.